You Are Cordially Invited: Tea Party

Directly adjacent to Tiny Tina's shop is a large generator. When the switch is thrown, the box at the table lowers to reveal Flesh-Stick. Tina then issues the instruction to "slap Flesh-Stick in his bitch face." In response to this, a melee attack on Flesh-Stick will trigger the imminent arrival of three waves of hostile dinner guests.

The guests are bandits and their primary objective is to attack and disable the generator. The first wave composes of psychos, followed by a small pack of marauders and two nomad torturers.

The next wave is composed of several marauders with one badass among them. These are followed by many more marauders, more badasses, a goliath, and a shock nomad. Killing them out at the cave mouth will help to prevent damage to the generator.

The third wave begins with midget psychos. Because of their small size and high speed, they have the potential to slip through to the generator. The midgets are followed by three goliaths, then finally several more marauders and a Badass Goliath.

"If all tea parties ended with one of the guests getting electrocuted, many old novels would be considerably more popular on Pandora." 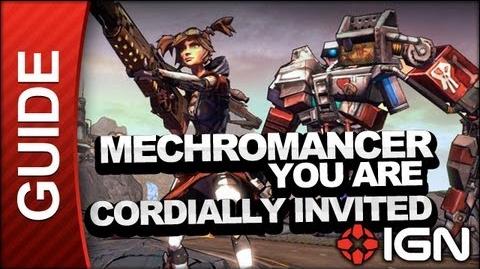 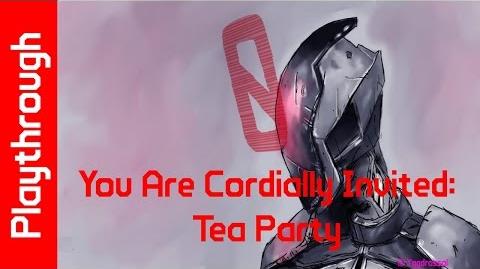 You Are Cordially Invited Tea Party
Retrieved from "https://borderlands.fandom.com/wiki/You_Are_Cordially_Invited:_Tea_Party?oldid=432377"
Community content is available under CC-BY-SA unless otherwise noted.