watch 02:45
Wiki Targeted (Games)
Do you like this video?
Play Sound

Story mission
X Marks The Spot is the ninth and final story mission in Captain Scarlett and Her Pirate's Booty.

X Marks the Spot begins innocently at Magnys Lighthouse, but quickly changes when Captain Scarlett announces her betrayal. At this point, a band of pirates led by Lieutenant Hoffman and Lieutenant White will make their attack. Scarlett Corsairs vanish from sight and reappear when they are in striking range for their cutlasses, while their crewman associates hang back and pepper the open ground with assault rifles. Hoffman and White follow these attacks, Hoffman with an assault rifle of his own, and White with a shotgun. Both are shielded and much harder to kill than their men.

Exiting Magnys Lighthouse is expedited by a one-way Fast Travel terminal, with the nearest destination to the Treasure of the Sands being the now-deserted Buccaneer's Bacchanal in Wurmwater. A quick trip by sandskiff will bring adventurers to the indicated area, at which point the Leviathan bursts from the sand and swallows everyone whole.

Scarlett makes an appearance in the Leviathan's stomach, seated astride her rakk hive pet Roscoe, and they attack after Scarlett has completed another diatribe. Roscoe has a number of attacks and might be a tough opponent if unprepared. The first attack is a flight of rakk that present only a minor nuisance. Another is a rearing ground stomp that inflicts damage in a small radius around the beast. Characters in front may be struck by globs of corrosive spit that arc forward to coat small patches of the ground with a lingering corrosion effect. Characters caught close behind Roscoe may find themselves drenched in a volatile corrosive green sludge as the rakk hive relieves itself in their direction. The floor is also covered in pools of corrosive sludge which deal damage over time but only when standing in them, leaving the pool will prevent further corrosive damage.

Unlike wild rakk hives, Roscoe wears blinkers that help to protect his eyes, reducing the likelihood of critical hits. A barrage of explosive or incendiary damage directed at the head can still slip past the blinkers. As a large target, Roscoe is also vulnerable to weapons that trade accuracy for power. Once Roscoe is dead, Scarlett makes an announcement about discretion being the better part of "running away," and departs the scene with a personal fast travel device but drops her pistol, the Greed.

With the defeat of Roscoe, the next step is to move to a nearby objective marker, which trips a short cinematic showing the Leviathan regurgitating the remaining combatants onto a wide ledge in its lair. The ensuing fight is in three stages, each marked by a subtype of sand worm that inhabit the area and will attack during the fight with the Leviathan. The first stage sees regular sand worms on the offensive, the second has a pair of sand worm queens attacking in sequence with their larvae, and the third offers another round of standard sand worms.

During the first and second phases of the battle, the Leviathan will attack using a range of different attack types. A sweeping wave of spittle that covers the ledge in a wide arc, yet does minimal damage, is a common attack. A purple gob of spit is an infrequent, but regular, attack that applies the Slag status effect to anyone it hits. On rare occasions, if characters are positioned out towards the fringes of the ledge the Leviathan may attempt a slam attack, bashing its flippers down on the rock to unleash a powerful shockwave. Overall, the damage output of the Leviathan itself is not that high, but coupled with the sand worms the combined effect can be rough, and there is practically no cover on the ledge.

The Leviathan is immune to damage inflicted on most of its tough hide. It is only vulnerable to attacks on four select areas, and these are the eyes, a patch on its chest, and a node that is often concealed within its mouth. Each of these target areas represents one-quarter of the Leviathan's total health, and once each is destroyed the Leviathan will take no further damage from hits to that location. In order to proceed to the next phase, all three must be destroyed and any remaining sand worm queens have to be killed.

During the third phase, more sand worms will spawn and continue to attack. The Leviathan will spend much of its time with its mouth closed, rendering it largely invulnerable. A brief opening of the mouth presents a limited window of opportunity, but then the Leviathan rears up and extends a fanged proboscis from its mouth with the fourth target area visible on the underside. This also acts as an attack, lobbing a pair of huge rocks down on the ledge. Destroying this final target kills the Leviathan and completes the mission. Any remaining sand worms can then be killed off in relative safety.

"You defeated Scarlett, slew the Leviathan, and found the Lost Treasure of the Sands! All in all, a pretty busy day." 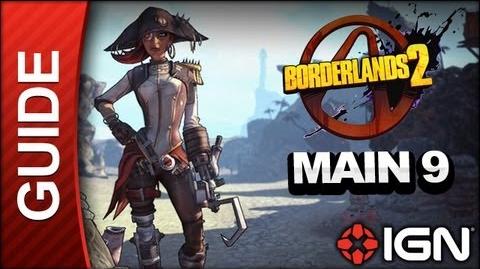