Witch Doctors are among the many types of Savage that populate the continent of Aegrus. They can be distinguished from other Savages by their shorter, more hunched stature, their larger, more ornate masks, and their glowing bodies and staves.

There are six different types of Witch Doctor, each with their own inherent abilities:

In addition to their many dangerous forms of attack, it is often wise to eliminate the Witch Doctor among a group of Savages as quickly as possible due to the support capabilities they provide to their fellow Savages. If a Witch Doctor raises both hands, performs a small hop, and has a glowing aura appear at their feet, it is heralding an ability that regenerates the health of the Witch Doctor, and instantly fully heals and levels up all nearby Savages, turning them into more dangerous versions in the process. Killing the Witch Doctor does not reverse this process.

Like other elementally charged enemies, the elemental varieties of Witch Doctor are highly resistant and nearly immune to damage from their own elemental type. When they are a tornado/black hole/swarm of bats, they are completely immune to bullet contact damage, though it is still possible to damage them through splash damage or, if they are afflicted by one, elemental damage over time.

All Witch Doctors are highly resistant to Maya's Phaselock, reducing the duration of the Phaselock down to less than a second, no matter what. However, despite this negligible time, it can still be highly useful, as Phaselock will turn them back into a Witch Doctor from a tornado/black hole/swarm of bats and if timed correctly, will interrupt their support abilities and prevent nearby Savages from healing and leveling up. 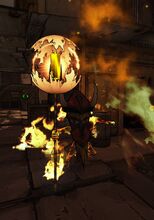 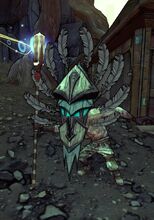 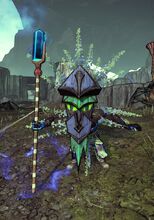 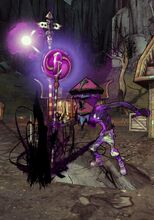 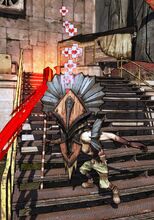 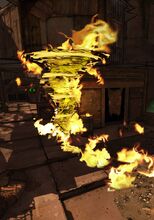 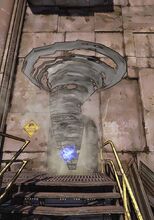 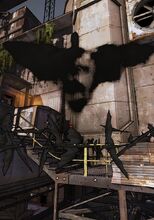 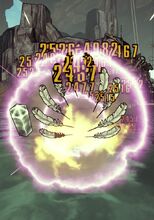 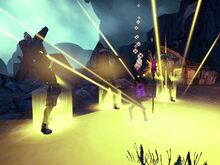 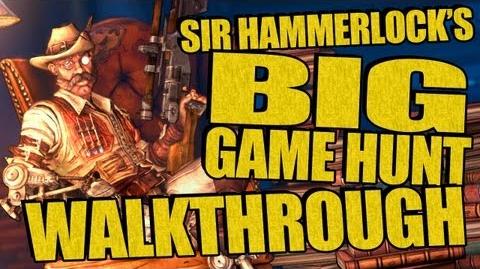