Wilhelm is a cyborg who serves Handsome Jack, and who nearly killed the original Vault Hunters after the events of Borderlands. He is one of the bosses in Borderlands 2, and is the "Enforcer" class playable character in Borderlands: The Pre-Sequel.

As a child, Wilhelm had a mild case of Bone Waste that required him to get cybernetic implants at an early age, which would develop into a full-out addiction to cybernetics and a desire to become a full-on robot later in his life. He became a mercenary due to the fact that, in his own words: "As a kid/teenager, I was good at fights". He would go on to become the galaxy's most famous mercenary, having fought for every corporation and gaining a kill count equivalent to the population of a small country though his failure to protect either a president or an orphanage made it harder to get jobs in the inner world. At some point, he was hired by Jack as a Vault Hunter on Elpis for a few million dollars, helping him in his rise to power and eventually becoming his chief minion.

Wilhelm is the first major boss of Borderlands 2. He is mentioned multiple times by the Guardian Angel, with considerable trepidation, before he is fought at the End of the Line.

Physically he is part Hyperion loader, with his body from the waist down replaced with loader legs. From the waist up, Wilhelm resembles an engineer with a constructor's optic sensor in the place of his right eye. Wilhelm also bears a shoulder-mounted mortar, which he uses for ranged attacks.

Base Cooldown is 42 seconds, base Duration is 35 seconds. Activation of this skill will deploy Wolf, a floating red combat drone, and Saint, a white support drone. The robots can be recalled, and both of them can receive various upgrades from skills.

Main article: A Train to Catch

Promo-art to Borderlands: The Pre-Sequel

Wilhelm, in the intro of the Pre-Sequel 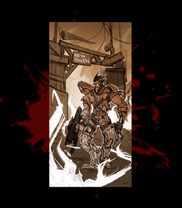 Wilhelm in the Pre-Sequel credits 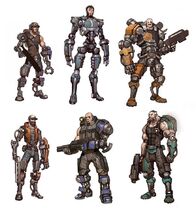 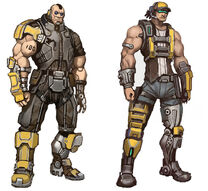 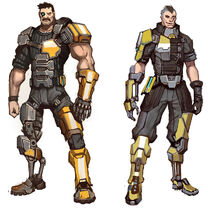 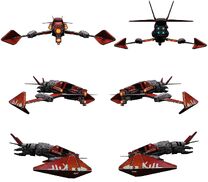 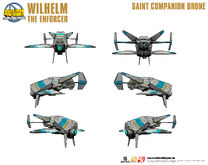 Wilhelm the boss in End of the Line

Wilhelm the boss in the End of the Line