Wildlife Preservation is a story mission in Borderlands 2 given by Roland. The mission is performed in Sanctuary, The Highlands and Wildlife Exploitation Preserve locations.

Upon entering the Wildlife Exploitation Preserve, several groups of stalkers block the way to Mordecai. As with all stalkers, shock weaponry is very effective. At Mordecai's perch, he explains that Bloodwing has been captured and that the Claptrap upgrade was with Bloodwing. He lends aid by providing sniper support from his high vantage point.

The gate into the Hyperion complex is initially blocked, and to get it to open, some loaders will need to be damaged, but not destroyed. Otherwise, after a certain amount of time, the door will open. Once three have been reduced to half health, the gate will be opened for reinforcements to respond. It remains open from this point on and the remaining force can be decimated.

Along the dock, a variety of loaders and Hyperion personnel will attack, along with surveyors, which should be prioritized. Corrosive weapons are a valuable asset when dealing with the high concentration of loaders. Beyond the dockyard is a spacious skag pen with only two exits: a ladder in a corner near the dockyard, and a broken pipe that has to be climbed to continue into the complex. Badass skags can randomly spawn in this area, making it a hazardous area to get through. There are more stalker and skags in the grassy region beyond, before reaching the next Hyperion structure.

Eventually, the battles with Hyperion forces and Pandoran fauna give way to the Specimen Maintenance facility. At this point, Jack releases a number of penned creatures. Two badass elemental skags will spawn here.

The remaining encounters consist of more Hyperion personnel and rogue creatures until these give way to the endgame boss fight. It's at this point that it is revealed how Bloodwing has been experimented on and become a giant Slagged Bloodwing. She now possesses various elemental damage types, and the first one unveiled is fire.

After being reduced to 50% health, Jack imbues Bloodwing with shock. Bloodwing retains the same attacks, except with shock damage this time, and is also healed to 75% health. After being further injured to 25%, Jack imbues her with corrosion and again heals her to 50%. Reducing her health to 0% prior to the corrosive phase does not defeat her.

When the battle concludes, the bird is tranquilized by Mordecai in the hopes of healing her. Jack reveals the last power to be explosive and kills Bloodwing by detonating an explosive collar. Bloodwing's defeat signals the end of the mission, making Claptrap's software upgrade available for retrieval and installation.

"The cost was high but you successfully secured a way past the first obstacle to Control Core Angel." 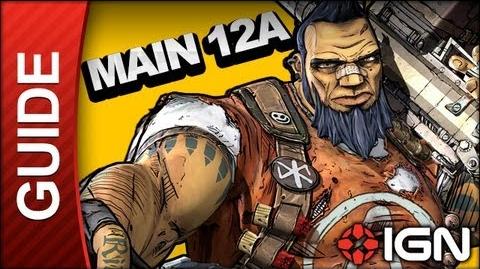 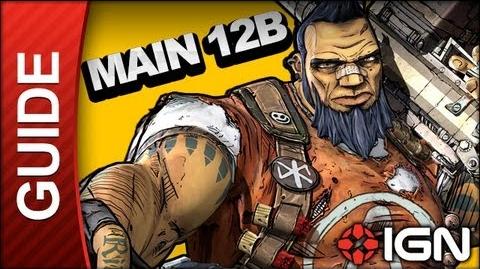 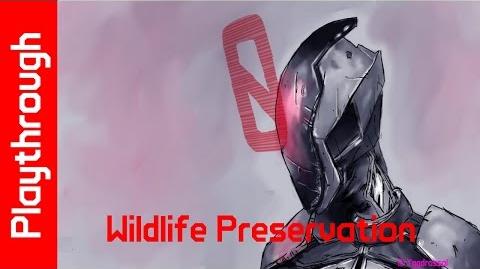 Wildlife Preservation
Add a photo to this gallery
Retrieved from "https://borderlands.fandom.com/wiki/Wildlife_Preservation?oldid=460739"
Community content is available under CC-BY-SA unless otherwise noted.