Wildlife Exploitation Preserve is an area featured in Borderlands 2. It is a Hyperion facility used to test the effect of Eridium on various creatures native to Pandora and humans.

Bloodwing's Enclosure is a largely empty aviary at the back of the Specimen Maintenance block.

Mordecai's watchpost is in a cave high in a rocky spire. While posted here, he has a commanding view of the initial approach to the Hyperion installation and the dockyard. The chalk map that he has drawn on the rock wall is an accurate representation of the Hyperion facility's layout, though the boss fight arena/observation area is marked as "unknown", foreshadowing the coming plot twist. From his vantage point, Mordecai will also be able to assist with the later fight in the Observation Wing, ensuring that some of the inhabitants of these areas will be slagged during fights.

The Observation Wing forms an arena where Bloodwing is fought. An elevator platform in the middle of the area raises specimens from below, and cages in one corner are suitable for holding skags. There are also various ammunition crates scattered around the periphery of the area.

This open loading dock has a crane and various crates dotting the concrete surfaces. Loaders and Hyperion personnel patrol here in small numbers, but more emerge from doors opening out onto the area when approached.

The Specimen Maintenance block is a collection of holding cells and administration offices. The cell doors are energy shields. A room with the second of four slag experiment notes has four boxes in it, which commonly contain miniature loot loaders. A red Hyperion weapons chest rests against the opposite wall. 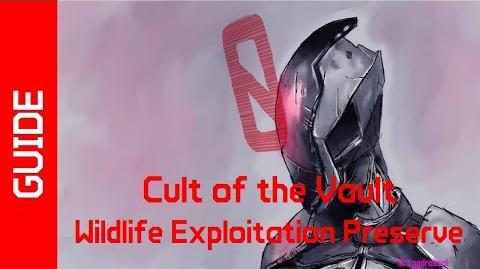 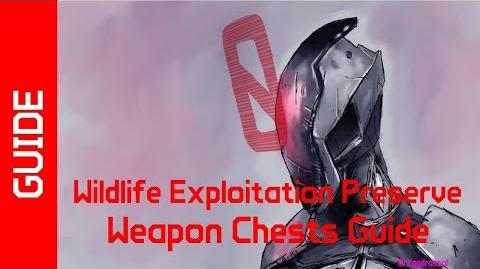