Where Angels Fear to Tread

Where Angels Fear to Tread Part 2 is a story mission in Borderlands 2 given by Roland. The mission is performed, starting at Control Core Angel and continuing in Sanctuary.

After the death of Angel, Roland attempts to take the Vault Key but instead Handsome Jack appears and shoots him from behind, killing him. Lilith attempts to attack Jack, but he slaps a collar on her before she is able to strike. He then orders her to kill the Vault Hunter, but she instead teleports them to Marcus's Store Room in Sanctuary.

Marcus's Store Room brings an end to the failed attempt to recover the Vault Key, and also provides a number of lootable objects. There are several weapons chests and various ammo crates to restock from here. Upon returning to Sanctuary, Marcus himself will emerge from his fortified booth and lament the sudden appearance of any Vault Hunters exiting his store room.

Marcus's Store Room in Sanctuary
Add a photo to this gallery 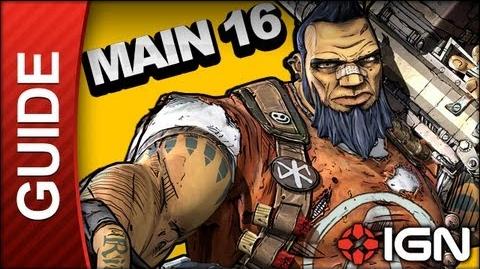 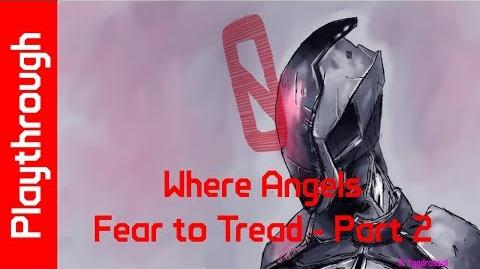 Where Angels Fear to Tread Part 2
Retrieved from "https://borderlands.fandom.com/wiki/Where_Angels_Fear_to_Tread_(Part_2)?oldid=433259"
Community content is available under CC-BY-SA unless otherwise noted.