These items (Pink Panties, Clap-Fish, and Pizza) are all randomly dropped from Claptraps destroyed in the fourth DLC, Claptrap's New Robot Revolution. Collecting these items while doing the Are you from these parts? mission line will provide many of the items needed for this achievement.

A good trick to getting these items is to farm them from the claptraps summoned during the MINAC boss fight (it can be fought again after it is defeated in the story). The safest tactic is to hide is within the small alcove containing dumpsters and miscellaneous machinery in the far right corner of the combat area (when looking from the initial entry point). Characters hidden inside the back-right corner of the small room protects them from both the MINAC and the kamikaze claptraps. The Claptraps will either self-destruct after a brief period of time, or be run over by MINAC itself. It's possible to leave the game running for as long as necessary before finishing the battle, watching the end credits and then acquiring the collectibles.

Other tactics include hiding between the bus and the big rock it is wedged against, although this first requires all of MINAC's peripheral turrets to be destroyed (not including his main eye). An alternative, faster but more risky method is to charge down MINAC when it pauses to release Kamikaze Claptraps from the door in the front; any Claptraps that are destroyed while MINAC is in this state will be immediately replaced, and as a result, with the effective use of automatic weaponry, anything up to twenty Claptraps can be destroyed each time MINAC goes to release, as opposed to the usual two. 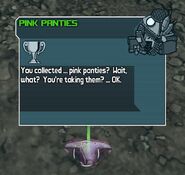 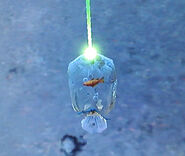 A clap-fish in a plastic bag