What's Yours Is Mine

What's Yours Is Mine is a challenge for 5 Badass points that takes place in Tundra Express. The objective is to find five pink mines, and disarm them by pulling a green lever located on side of each one.

Approaching to within reaching distance of a mine poses a problem as each mine is live and will detonate when a Vault Hunter is in close proximity. It is possible to deactivate some of the mines by rushing at them at a full sprint and hitting the switch before they explode, but some have switches facing away from obvious approaches, and require a stealthier approach.

Crouching lessens the chances of prematurely detonating a mine as it is approached, and with less risk towards a mine than while standing up. Using Decepti0n anywhere near the pink mine will cause it to go off. They can also be approached by moving only between pulses, and standing still while the light is on.

Locations of the mines: 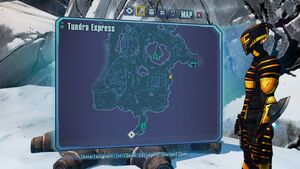 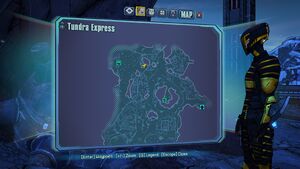 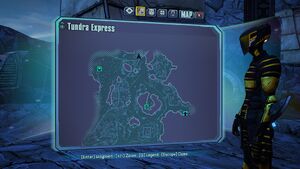 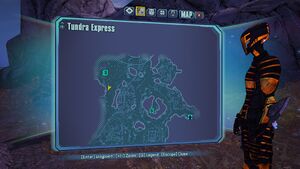 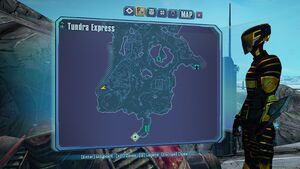 South-West
Add a photo to this gallery 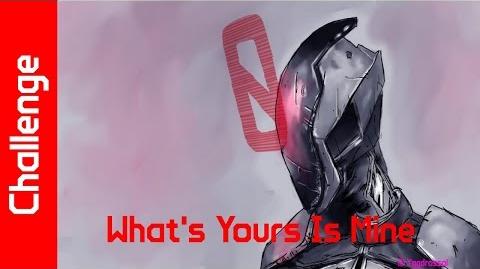 What's Yours Is Mine
Retrieved from "https://borderlands.fandom.com/wiki/What%27s_Yours_Is_Mine?oldid=412918"
Community content is available under CC-BY-SA unless otherwise noted.