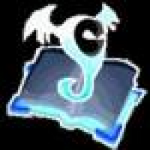 Welcome to Borderlands Wiki! Thanks for your edit to the Safe and Sound page. We hope you will continue to be a regular contributor, and will help us improve the wiki!

Please remember to categorize new images uploaded to the wiki. Uncategorized and or unpublished images will be deleted. Thank you.

It seems that you and I are much alike. Speaking for myself, it is easier to improve edits rather than create my own. I get too involved with what I want to say, rather than concentrating on how I say it.

Your clean up looks great. Keep creating so, like me, you can work on creation.

This by no means is a put down, rather it is encouragement because I see your worth to this wiki.

What I mean by the above is that when you clean up an article, you improve it vastly.

I will defer to your edits on the Krieg page. Understand that others will jump in once the page is finished (warblade in particular). Also, if you check the history, Fryguy mostly just threw up the hoarder page. If you see something that doesnt include all data, by all means, just edit the page. The policy is to be bold, save the talk page for if someone doesnt believe you ;)

Actually, I think you have it backward. The game spells it Unf0reseen, as shown by the pics. So the wiki must reflect this until it is changed.

LOL, I hate english, language, punctuation and everything else that goes with it.

Someone took your favorite subject on Krieg and commented on it in the proper place, the talk page. I thought you might want to check it out.

The call has been made again. This time in anticipation of the upcoming new game and the new class mod page. If we can get the old class mod links correct, it will be easy to maintain the new links.

for sake of not filling up the talk page... I started spawning the buzzards from the mountainside. It seemed easier than wading through the enemy.

Thats the second time the trivia has been added. It is a possible reference, perhaps you could put your reference in or incorporate them both... I would but I am late for work.

Ya, but only if it is referred to and only if its added (if peeps see it and just have to put it in). You have the right idea on the first point. Also it was a good summary. Dont worry about the trivia section... Warblade will have the final say, i think. He has been in charge of trivia for years (to my knowledge) and knows what will pass and what wont. My biggest problem with it is when trivia editing can lock a page... I would rather do away with trivia at that point. But then the whole frickin community would have to weigh in, so ya... i guess we have to.

If you want to fix the note, fix it, but please do not put any suggestion that "Krieg," a player-controlled character "should be aware" of anything. "Should be aware" is exactly the kind of grammatical fluff that routinely gets removed from this wiki. If you see anything like "players should be aware" or "it should be noted that," then feel free to obliterate such commentary.

Additionally, the skill categories are generated by the infobox template and should not be manually added. -- WarBlade (talk) 19:48, June 8, 2013 (UTC)

"It'd be nice if instead of simply removing everything for a few problems while posting a sarcastic comment, you tried fixing it. Whatever."

A few problems... I take the view that if the problems vastly outweigh the update that they were introduced in, then they should be removed, and frankly other editors shouldn't feel the need to pick through the mess to sort out any valid parts. Furthermore, reverting the problems back in is even more counter-productive. I'll highlight why I removed your addition:

"When playing in co-op mode with Krieg, it should be noted that often the only reason Krieg is able to stay up during Buzz Axe Rampage is that he's constantly refilling his health by killing enemies. Instead of targeting enemies he's running towards or attacking, focus your fire on other targets."

"DO NOT shoot badass enemies Krieg is attacking; Krieg will almost always be able to take them down on his own, but when he does he'll probably be low on health, and if he doesn't receive the immediate health restore that killing the badass would have provided he may end up going down as a result.

Next time someone removes your edit, please take the time to consider why. Don't revert it back in, and please take disputed content to relevant talk pages. Thank you.-- WarBlade (talk) 22:41, June 20, 2013 (UTC)

Re:Vandalism on the Pandora page

Just gonna copy/paste a message on the same subject I wrote to another user:

Thanks for the "reminder"/"lesson", but I've seen users blocked for time due to editing these differences in spelling due to locale. If someone is blocked due to an edit, it's considered vandalism.

I'm not trying to start an edit war either, nor am I trying to be rude (Despite the fact that my message looks like I am). I'm just trying to not get people blocked over trivial things like the difference between commonwealth English and American English. I think it's a dumb rule (personally), but rules are rules that we have to obey. CrackLawliet (talk) 19:00, June 9, 2013 (UTC)

please note that unless the game uses a particular spelling the spelling used on this wiki is determined by the Original Poster.   Dr. F

I would like your opinion on the final analysis of this proposal. Thanks.

I will supply the burden of proof on the talk page.

The issue has been resolved on the talk page. I got to say my piece, feel free to edit as you choose.

P.S. Thanks for taking it to talk, that was cool.

Please refrain from addressing readers as participants in mission events. We've spent five years cleaning that kind of grammar oddity out, and as I've told you previously, if you persist with putting it in your additions will simply be reverted. -- WarBlade (talk) 01:43, September 22, 2014 (UTC)

Retrieved from "https://borderlands.fandom.com/wiki/User_talk:Snowskeeper?oldid=365155"
Community content is available under CC-BY-SA unless otherwise noted.