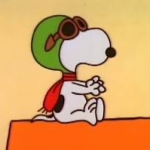 Welcome to Borderlands Wiki! Thanks for your edit to the File:BLTPS Ammo Tub.jpg page. We hope you will continue to be a regular contributor, and will help us improve the wiki!

Please remember to categorize new images uploaded to the wiki. Uncategorized and or unpublished images will be deleted. Thank you.

I don't believe I am wrong. The reason the gun parts say Maliwan is because they are fixed for that weapon and are referring to the manufacturer. You can tell because all of the weapon parts also state E-Gun in their name, which prevents the weapon from spawning with anything other than those specifically stated parts. That way the gun's unique paint job isn't skewed thanks to it only coming in a set number of parts. It's the same thing with the Firestarta. Speaking of the Firestarta, that page as well as the ZX-1 also state that those weapons have fixed parts, in fact it also specifies that they are Dahl, and yet several of the parts are the same as this gun, but you say they are Maliwan. One of the pages is wrong, and it isn't the Firestarta page nor the ZX-1.

Another way of telling the manufacturer parts is by the structural design of the parts. Here is a comparison of the parts in question:

STOCK (back of gun)

This is Tediore. You can tell by the blocky design of the stock and compare it to other Tediore weapons, especially the Tediore shotgun stock shown here:

This stock is Hyperion. You can tell by the angular design of the stock, with a similar look to Hyperion sniper and SMG stocks.

THIS is the Maliwan stock. Notice the curved design especially at the trigger. It is very similar to Maliwan SMG stocks, as seen below:

This is the Dahl stock. Distinguishable by the ergonomic design, the stock is similar to Dahl sniper stocks, especially around the trigger:

GRIP (where your left hand is when wielding the weapon)

This is Hyperion. Again, notice the angular design.

This is Dahl. The ergonomic grip should give it away.

http://borderlands.wikia.com/wiki/Ol%27_Rosie The image on this page shows the Maliwan grip. You can tell by the curved grip.

That leaves Tediore, which can be seen in the image at the top of this page: http://borderlands.wikia.com/wiki/Splitter

The blocky angular design gives it away.

Even though this weapon fires like a beam laser, the barrel is Dahl, which is usually the blaster laser. It even says on the blaster page that it is manufactured by Dahl: http://borderlands.wikia.com/wiki/Blaster_(laser)

As I have just demonstrated, the only part of this laser that is Maliwan is the body, and all of my information was gathered from this sole website. I recommend that someone finish off this following page in order to help other people identify weapon parts by manufacturer (Borderlands 2 and the Pre-sequel): http://borderlands.wikia.com/wiki/Gun_Component_Charts

I understand all that perfectly well, there was no need for all the supporting "evidence". Trick is that not everything is what it seems to be. Let me try to explain using two unique pistols, Fibber and Globber, as examples. Both of those are Hyperion made and are using Bandit (Fibber) and Dahl (Globber) barrels. Not only they look like Bandit and Dahl barrels but weapon files support that with entries:

This, however is not the case with E-Gun as the corresponding weapon file entry shows:

Same goes for the grip and stock. So no matter what it may look like, it is Maliwan. If it was of any other make, weapon file would say so.

Another thing is that I've seen on here and some other forums a lot of quite heated debates going on about the facts provided. For the most part, if a clame can't be backed up by a reliable source (ie game developer, etc) then it's nothing more than a speculation. This is exactly the case with this weapon. Everyone keeps saying it has a Dahl barrel or a grip or whatnot but that's nothing more than a speculation based on the visuals. It could be just me but if the actual weapon file reads Maliwan for a certain part then it has to be Maliwan no matter what it looks like.

Perhaps I am overthinking this. It could be possible that the E-GUN was originally going to be made of purely Maliwan parts, but during the game's development, the designers decided to change the parts to Dahl barrel and stock and Tediore grip (at least visually) but left the part names as Maliwan in the code and forgot to change them. Maybe it is worth mentioning on the wiki page that even though the parts on the weapon are visually NOT Maliwan, the game's code says that they ARE Maliwan.

Please stop this "Infobox image replaced with better one" project. Some of your updates were justified, but quite a few are simply cross-grades in image capture, coupled with downgrades in format, and all of them have added to the glut of orphaned images. Note that per our images policy we want images to be in use here, so you've created a big maintenance task. Moving forward, if there is an image that really needs updating, add it to a list and message me with a bunch of them. -- WarBlade (talk) 04:50, January 11, 2017 (UTC)

Well noted, esp the point about the maintenance created. Could you please elaborate on the "downgrades in format" part? SirFoggy (talk) 01:28, January 14, 2017 (UTC)

Hey man, thanks for the tons of awesome pics you post on this wiki! Borderlands is one of my favourite games so I'm really grateful.

SirFoggy, I've seen the extensive weapon variant pages you've been adding for TPS, and I just wanted to say, you're doing god's work, good sir. God's work indeed. I myself plan to eventually work on filling out the skill and class mod pages, but at this rate you might catalogue it all before I get the chance xD keep it up! I at least appreciate it. Even if there aren't exactly hundreds of people lining up wanting to know about the different bandit AR variants, that doesn't mean the wiki shouldn;t be complete, and I think it's quite admirable how much effort you put into this stuff. So, thanks :)

Retrieved from "https://borderlands.fandom.com/wiki/User_talk:SirFoggy?oldid=405201"
Community content is available under CC-BY-SA unless otherwise noted.