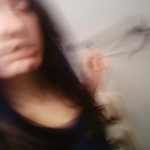 If you need any help with anything or have a question about whatever, just ask and I'll get back to you as soon as I can. :)

Is there a reason why "19" isn't an option or have you got a problem with prinny's age =D?Talk to prinny!

I hope you know the answer. What is the base zoom for weapons? I can't find it anywhere online. A sniper rifle with a 1.0x zoom can see further than a pistol (with scope of course) with 1.0x zoom. So what's the base zoom for each weapon? And how is this measured? Render distance, in-game meters, field of view decrease, aim down the sights? —Preceding unsigned comment added by Trpc21 (talk • contribs)

i must be missing something here,i see nothing that has anything to do with me yet i get mail that says i have??? i keep looking around but i don,t see...why should i have 4 tildes,do they make me special,you people confuse the the piss out of me

Slap me some skin

The template page is done. If you want to make any suggestions please do. Thanks.

There are lots of pretty colors for you to see, even in the trivia section!

I know you have your Axton way above mine, so if you could fill some of the pictures out and maybe verify rarity...

I know I just go ahead and use the skin as soon as possible for room, but have been writing down rarity lately. Anything you can do is appreciated. Thanks

Hi! Can I ask you (because you are an administrator on this Wiki) to comment and contribute to my blog post? I need the input of more prominent users of the Wiki and would like to hear your opinion! (same message sent to the other admins and community members)
BereisgreatShout!Wikia Star

Ah, only just noticed that you already did comment, my bad!
BereisgreatShout!Wikia Star

I would like your opinion on the final analysis of this proposal. Thanks.

So not only do you get to go to conventions such as the community event... Now you get to play with Randy P. while the rest of us sit and stuff it. NOT JEALOUS

It was good! I stood in line for several hours to get in the building and then into the line to play the new DLC. My family eventually ditched me, so I started talking to the two guys behind me. Decided to play with them for the timed trials against one of the new bosses. One of the staff members, dressed as Lilith, was looking for a team of three and we got picked to play with Randy. So it paid off lol. I had fun, I just wish my IRL friends were into this sort of stuff. ♥ ☮✰Razldazlchick ♥ ☮✰ 02:31, September 19, 2013 (UTC)

What categori do you want a weapon like that to be in?

hey man thats modded so put it under modded guns. nothing like that can actually be real in borderlands 1 and 2. B(A)rderlands

Veg and Killa need some screenshots

Apparently Veg is back and helping Killa on a project to revive Ubox's for BL2 I have nothing to do with it. Anyway, I figured you take some sweet screenshots and such so... could you upload some stuff on Killa's Ubox sanbox? They are also looking for some H.O.T. pics of Moxxi as well.

hi, this is B(A)rderlands and my friend Adventure Core needs a cool signiture. can you theme it around adventure and can it say "Stop Worrying, I'm Here" thanks so much! :D B(A)rderlands

I like waht you did but could you put my user pic at the edge? sorry if i'm asking too much.   Stop worrying,

I have put the pic in but perhaps a modified one with a black background would work a bit better. Let us know if you want it a bit different or have a different pic.

Just wanted to stop by to say hello. Carry on!Vlad The Implier

any ideas on WHO Dr.F is?

I've replied to your query on Doc's Talk page, which should hopefully cover most of what you wanted to know about the categories, but just to get you further up to speed on the Character template, here is the discourse behind the testing phase and implementation. Feel free to add further input. Where the categories are concerned, it's still a work in progress. -- WarBlade (talk) 08:04, June 7, 2014 (UTC)

You jumped the gun on the Borderlands: The Pre-Sequel skill updates a little bit before I had a chance to get all of the needed templates operational, but no matter. I've updated the necessary templates for the moment.

The Pre-Sequel skill links should be good to go now, although Nisha skills might still need some tweaks.

Secondly, on the skill articles themselves, the infobox handles all the categorisation. There is no need to manually add categories on those pages. If a skill is not appearing in a particular category that it should be in, then it is probably due to data missing from the infobox.

I can give you every weapon you need,EVERY!!! —Preceding unsigned comment added by Ax77 (talk • contribs)

I got a project

Lets overhaul the wiki... What say you??

Retrieved from "https://borderlands.fandom.com/wiki/User_talk:Razldazlchick?oldid=406496"
Community content is available under CC-BY-SA unless otherwise noted.