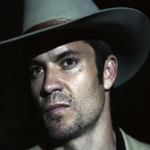 Sorry I need to re-edit

Hey its AJ, my bad man, and once you removed it and I put it back up because I thought it didn't save. But I will delete it for sure, just thought I made a mistake in publishing. By the way, what source did you get the information from? Because I read on this wiki too that Master Gee drops it, and heard it through friends online who said they got it from him. Just curious, thanks.

I've seen forum posts for people saying that the code exists for the gun, but that it can't be dropped in game. Just search "Borderlands 2 error message" on Google and forum posts should be abundant. More than anything, the name and the red text on the gun point to every example of the gun being illegitimate. When a gun says "...SHOULD NOT DROP." I'm not exactly too hasty to call it legit until I get video proof.

Care to join us in the chat?

Page is locked, problem solved as far as I'm concerned. Legendary weapons are orange. Bottom line. If it's not orange, it's not legendary unless Gearbox goes on record to state that it should have been. (IE, Penetrator/Draco). Dyn's "source" is non-existent, even he said he can't prove it in the same paragraph.

I get what he's saying, that it's not Unique in the literal sense. We may be wrong noting it as Unique, but it's less wrong than noting it as Legendary. That's how we note all non-orange weapons with flavor text on this wiki, as unique. That's not going to change just because he says so.

Just for your lovely self, looked at the loot chat, and OMG, there was a sticky that listed the guns that were Unique and which were Legendary. Here you go, Prince Charming. http://forums.gearboxsoftware.com/showthread.php?t=150790  MadCrayolaz ®  23:05, November 29, 2012 (UTC)

The thread you linked is not only user-created (as opposed to this phantom dev you mentioned), but it doesn't note what weapons are legendary or not. It only makes note of their color. Which, based off of that distinction, is further evidence that the Cobra is anything but legendary.

It mentions which are UNIQUE. And it's been stickied + contributed to by devs. I believe that is enough to legitimize the source.  MadCrayolaz ®  23:18, November 29, 2012 (UTC)

That's all good and fine, and it's a fair point to note that I did in fact just not care enough to look at your link. But regardless, it's NOT legendary. There's no two ways about it. It's not of orange rarity, and orange rarity is noted in-game as legendary.

In the past, we used the Unique designation for any gun that had flavor text and that was non-orange. This was used regardless of if it was a quest reward or not, as it was a nice way to note that it was not just the run of the mill (purple/blue). Unique is a good way to differentiate that the Cobra is special, but still non-legendary.

That being said, if we have to come up with a different designation for the gun in question, I'm not opposed. It's just not legendary.

How about Renowned. Something along the theme of "fame" related titles. Legendary, Renowned, Unique. Unique makes sense for Quest only weapons since the gun is Unique compared to others which drop from loot sources.  MadCrayolaz ®  23:32, November 29, 2012 (UTC)

Hm. We'd have to do it in such a way that it wouldn't warrant any explanation, I'd hate to have to create a page because someone doesn't understand what we meant by it. You should talk to User:Happypal and consult him. He's the one that came up with the Unique designation when we ran into this issue when BL1 was out.

Personally, I'd just call them by color. Sub-categories lead to confusion, IMO. But let me know what you and Happy come up with, he's normally pretty good about these things.

Hey NOhara24, you left an (automated?) message on my talk page a long time ago, stating that I could ask questions here, so here I am. I'm not so familiar with wikia and the editing stuff, but a long time ago I created an account with my full name http://borderlands.wikia.com/wiki/User_talk:Damian.baselmans that keeps appearing in the Google search results when you'd search for my name.

I think quite some time ago I tried to change the name of my page (to "Dmn", I think), which doesn't help, probably because I followed wrong procedures. Would you please advise me how to best go about this? Should I just place a request @ central to change that username, and will that eventually take the page off Google's search results? Thanks in advance, Dam1235231 (talk) 17:57, January 21, 2013 (UTC)

Ps: I'm currently signed in via the Facebook sign in, which gives me a total different accountname... I'm getting confused...

Yes, Wikia Central is the place to go. Your Wikia user account is consistent across countless wikis, so getting your account name changed is something that is a little beyond the access level of Borderlands Wiki administrators. -- WarBlade (talk) 19:59, January 21, 2013 (UTC)

Hi! Can I ask you (because you are a rollback on this Wiki) to comment and contribute to my blog post? I need the input of more prominent users of the Wiki and would like to hear your opinion! (same message sent to the other admins and community members)
BereisgreatShout!Wikia Star

Retrieved from "https://borderlands.fandom.com/wiki/User_talk:NOhara24?oldid=333079"
Community content is available under CC-BY-SA unless otherwise noted.