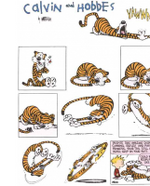 Welcome to Borderlands Wiki! Thanks for your edit to the Talk:Masher page. We hope you will continue to be a regular contributor, and will help us improve the wiki!

there is a common markups box below the summary. click the link and it will put it where you left your cursor.   Dr. F

the explosive proc is more auditory than visual.   Dr. F

_i_ have noticed a difference. YMMV. try the Rakk Hive and see how many shots give yellow (explsv) proc damage. in my experience its the sounds with echoes which are proc.   Dr. F

now try with a cobrasniper. as i recall we were discussing youre statement that (all) snipers with expl. acc. proc every time and not just wraths (the title wrath adds tech btw).   Dr. F

this happens also when killing blow is critical or >?%healthtotal. please understand i am not saying your gun does not proc. i am reiterating that not even PDs or hellfires proc every shot, it just seems that way because they almost never run out of tech.   Dr. F

Test:
S&S Wrath base damage: 571
Atlas Sniper base damage:782
while killing spiderants i decided to test out the damage of a rather impressive Atlas Sniper Rifle. i found that the Atlas, during criticals, did around 3400 damage, while the S&S only dealt around 2400, despite what seemed to be a proc. therefore, the S&S does not proc on every shot, since it dealt less damage than the Atlas (a proc shot would of had a base damage of 571x3 which is about 1700 damage). it's very misleading, seeing as how there was an explosion, a bang, and yellow damage, yet this does not tell you that it proced. the only way to tell is to see your damage spike.Icanhasatlas :3 01:43, February 3, 2011 (UTC)

i wonder if this is an oversite by the developers (sniper rifles always making the explosive effects), but not always increasing the damage (which is what should happen). a x3 sniper (for example) does make differing sizes of explosions and damages based on how high it proced for that shot (which is correct), which means that they (Gearbox) may have simply made a mistake when they made the game that caused explosive snipers to always make explosive effects. that's my guess, anyways. Icanhasatlas :3 23:34, March 1, 2011 (UTC)

The Cobra accessory adds 12 tech, the highest material for explosive elements and third highest overall - for comparison: 16=volcano, 14=hellfire,firehawk,defiler 12=serpens,tsunami,nemesis,cobra. And considering how beastly the others are, that's a measure of the Cobra's tech. The tech drain scales with proc multiplier, and since the Cobra also drastically reduces fire rate, it allows for more albeit usually smaller procs.  nagy   talk

I noticed you are looking for a Cobra. What system do you play? I am on Xbox 360 and can hook you up if you are as well. If not, im sure someone here would. Contact my talk page if interested.Veggienater 00:11, February 3, 2011 (UTC)

Considering the way you've edited your user page, it seems like you might want to use the blog function. Not that you have to, but it'd free up your user page for anything else you'd want to put there. Just a suggestion.

Also, I'm on the PS3, but my saves got wiped recently. I sincerely wish that I had a Cobra I could give you, but if you wanted, perhaps we could play online together some time. My PSN's Shnuke, if you want to add me. --

Fixed! You can undo anything yourself by clicking on the little white tab next to Edited by " user " in the activity screen. Once you click on it it will show options on the top of the page.

does anybody else think that sniper rifles have a higher zoom than they're item card may suggest? i have a couple of snipers with 2.7x zooms that seem to zoom in further than weapons with higher levels of zooms (as there item card states. it does seem odd for an sniper to carry a massive cylinder on it's barrel to reach a 1x zoom, while a repeater needs only a little circle of glass to reach 2.2x, etc. it could be like the Cyclops where the item card states a zoom of 3.2x when, in fact, it has a zoom of 5.2x.

all sniper rifles have a base zoom multiplier that is added to the scope's zoom multiplier shown on the item card. however, aside from the Cyclops scope, there does not appear to be any available data regarding this base multiplier. further experimentation is encouraged.

15:02, March 9, 2011 (UTC)
yeah, i'd really like to look into it further. Icanhasatlas :3 19:54, March 9, 2011 (UTC)
so here's a rundown of how i think it works, i haven't like calculated anything though, just a list of what weapons gain the most from zooms (Based on how far i see them zoom in comparison to guns with similar zooms).
1. Sniper Rifles
2. Pistols (Revolvers>Pistols)
3. Rocket Launchers
4.Combat Rifles/SMGs
5.Shotguns
i would generally say that Sniper rifles, Pistols and Rocket Launchers probably multiply their zooms, whilist others don't. though it does seem that CRs and SMGs do better than shotguns.
i should grab some pics so i get a better idea. Icanhasatlas :3 07:23, March 21, 2011 (UTC)

While your sig is pretty cool, you may want to shrink the size a bit. Noone will force you to but the general rule is to be within one line of text. just a thought.

at i first i thought it was small, then i compared it to yours. haha. i'll tweak it.

I guess you can stretch it horizontally abit

My suggestion is if you made the pic of your sig yourself, put the Bang in front of the barrel to make it look like it is firing and put Atlas or I can has Atlas behind the stock and crop it down to just above the the top of the scope. That would be even cooler looking IMO and would fit in the space of one line of text and still be able to see everthing.

what do you think?

And the Atlas does not really show. that is why I suggested behind/after the stock. the I can has atlas pic on your user page might work better.

i found making it smaller made the text too hard to read. :|

Make the text bigger then make the pic smaller. you have to like though. it your call in the end

i made atlas more visible now.

i think i'm satisfied now; i'm using paint so i can't push it much further...

I still say put the Atlas to the right/at the end of the stock. make it a bit bigger to match the size of the rifle, then you can shrink it here and still be able to see it. Just a thought. your decision though. I will shut up from here in out.

here's another thing i made to see how it would look.

took your original idea into consideration.

does anybody know how to rotate selections less than 90 degrees? .-.

You can use Gimp to rotate to any angle (its free).

The UC (unregistered contributor) has been adding data for a bit now (check the history of the page). NOhara tried to keep up with him but he seems intent on adding data in a spam fashion. I have asked him repeatedly to give us info on where the data is coming from. I have decided to just let him add it, then revert it later. I will also try and confirm the data and reenter it if it holds up.

I guess i'll just keep my eye out.

Thanks for your interest in the project. Did you have any particular pages you wanted to contribute to? Otherwise, feel free to jump in on any of the pages with the {{fact}} tag whenever you'd like. --

no worries- i didn't know that.

am i allowed to buy things from shops (other than ammo ofc)? and am i only supposed to use one weapon, or...?

i have not translated it myself. it could have been data entry error by OP.   Dr. F

actually now that i think about, and after going to the "tourist" mission page, one of the plaques on the statues reads "viva la robolution" so the OP probably meant that.

Do you have an elephant gun that does over 1k damage? This user is looking for one and making multiple forums asking for it (on PS3). Airos is farming for one, so I thought I would see if you have one already.

i don't! i'd be happy to farm skaggy if i have any free time though. haha.

Not a problem, seems like an impatient type... just trying to save the wiki from multiple forums

Our luck, we wont hear from the user again LOL

LOL let the user know and wait not to hear from him/her... We will wait a couple days and maybe get a delete tag or 2 ready. :p

If a vandal does multiple edits to a page, the UNDO button only erases the last one. If you edit a previous version of the page, it wipes everything. The example is on the roland page, I looked at the older edits until I came across veg and edited that version. Just letting you know.

i didn't notice that. thanks.

ty. i did not substantiate that one. if you have time could you check some of the others? or all? if necessary see Forum:Infobox weapon captions discussion.   Dr. F

i find myself gandering through the pages a lot, so i'll fix 'em as i see 'em. :) happy to help.

'Cause I wanna be Anarchy

It's the only way to be (what do you think?)

P.S. I give you permission to directly edit the caption, even though you were the last one to put up a caption on the anarchy page (following the proposed policy, and circumventing it at the same time).

i like it! not sure if it needs "i wanna be anarchy" or something for clarity, but maybe figuring it out gives it more charm...

Should it go on the talk page? hmm

it could just go in the explanation.

Please remember to properly categorize your images after uploading. I did it for you this time but please remember for the future. Thanks.

Time for a Name Change

Haha. Can I actually change my name? xD

in order of ease of utility:

I checked out the name change and it is possible for me. Not really sure what I'm gonna change it to yet.

Not a bad idea.

You can never have enough PSN friends! :P

I wanted to thank you for your support during my RFA. I've also been wanting to say for a while that you have the best damn sig on the entire wiki, and I lol (literally) every time I see it. happypal (talk • contribs) 09:40, August 3, 2012 (UTC)

Retrieved from "https://borderlands.fandom.com/wiki/User_talk:Icanhasatlas?oldid=234561"
Community content is available under CC-BY-SA unless otherwise noted.