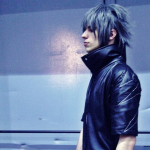 Hello! I wish to know if you're willing to dupe that Cobra you've found. I've been trying and failing to get one for ages so it would be greatly appreciated. I don't normally dupe to obtain weapons, but the drop rate on the Cobra is just so absurd I've given up on it. I'm on PC, Steam name is Elite| Alfredo Sauce. Gideon Gordon Graves 20:36, December 28, 2012 (UTC)

Thank you very much. I tried to solve it without admin intervention but he limited to wipe my edits to his talk page and mess time after time with the report page (even when he added me first there). I should have informed after the first waring sing and not trying to keep Tunguska page clean. regards. GryphusR (talk) 19:45, April 22, 2013 (UTC)
He has put a response on warblade talk page: http://borderlands.wikia.com/wiki/User_talk:WarBlade#Edit_war_-_Troll seems like the problem is solved (I think that the trivia about skin resemblance with unkempt harold on tunguska page should be removed anyway, but I'm not going to keep pushing the ball foward, so I'm not going to be the one who removes it. At least the false information about the damage on intert surfaces is no longer present. GryphusR (talk) 19:55, April 22, 2013 (UTC) moving along now.

He's taking a break from Wikia. He's not gonna respond, so there's no point in leaving a message when it's most probably going to be resolved by the team he gets back, as has happened in the last two cases. CrackLawliet (talk) 21:38, April 22, 2013 (UTC)

in gryphs defense he did not state this to me either.   Dr. F

in response to your queries re: aoe gren and images, you may start a blog (i recommend them being seperate) stating what you want (article change, policy change) and let it run from there.   Dr. F

You going to be playing the new pre-sequel? lemme know

Retrieved from "https://borderlands.fandom.com/wiki/User_talk:GryphusR?oldid=357357"
Community content is available under CC-BY-SA unless otherwise noted.