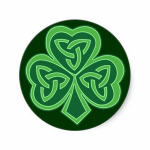 Alright, I admit it. I'm a Borderlands junkie. Bought the GOTY edition of Borderlands and loved it. Bought the vanilla BL2 (which turned out to be a pre-order edition, thank you Gamestop), and then the Season Pass (the day before Scarlett DLC went live). I snatched up the Creature Slaughter Dome and the customization pack as soon as they went up too.

But now I see they have released a whole smattering of skins and heads. Fifteen to be accurate. Decent stuff, not terrible, but decent. What really gets me is the price. $1 USD per skin/head combo? GBX seriously wants me to shell out another $15 on non-gameplay enhancing paraphernalia? Come on, what do you take me for? I'd rather have a third playthrough. Or even that level cap increace everyone's in a tizzy about (even though I am only lv 46).

Yeah, I think I'll pass on these. Thanks, but no thanks. Anyone else with me?

Hi bro can you dupe me the sham 94% im on ps3, i have the hellfire but is not the onsummate... Psn: guitarox1

Sure. I should be on tonight. (8-10 pm Eastern) Just a couple questions: what version of the Hellfire do you have? Is it lv. 50? Is the Hellfire legit (not a dealbreaker, but if I wanted hacked/modded guns I'd just do it myself)? Do you have a headset (I hate typing on PSN)? And do you have an account here (So I can give you credit on my duping list)? Grindfest (talk) 19:23, March 8, 2013 (UTC)

Hey, just wanted to thank you again for the mentioning the Pocket Rocket. I tested it out on with my build, and while it does still suffer from slow bullet speed, A.) the speed isn't quite as bad as other Torgue guns, and B.) the expanded blast radius of the explosion helps remedy the low accuracy somewhat. Adding it into my build guide as a suggested explosive weapon. --Eyestothesky (talk) 08:16, March 21, 2013 (UTC)

So, a couple nights ago you said we would talk about trading some stuff, like a Legendary Mechro mod. I would still very much like to do that c: I wont be on a majority of the afternoon, but I will be on around 6 or so this evening (Eastern time) Hit me up okay? c: Gaige The Mechro (talk) 19:48, March 22, 2013 (UTC)

above is a skeletonized table you can use to organize your "need/want/have" forum. simply copy/paste the above code in source mode and modify it to suit your needs. any questions or concerns feel free to hit me up on my talky. cheers.

Just some CMUs I found recently for Krieg.

Just getting desperate.... I saw you were on and can do stuff like this so:

You going to be playing the new pre-sequel? Lemme know.

Retrieved from "https://borderlands.fandom.com/wiki/User_talk:Grindfest?oldid=357356"
Community content is available under CC-BY-SA unless otherwise noted.