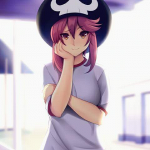 Please do not alter correctly spelled words from one English standard to another. Only in cases where a distinctly regional example appears scripted in game for nouns do we switch words to match the in-game spelling, but otherwise the text of other contributors should be accepted and preserved. Thanks. -- WarBlade (talk) 17:56, January 2, 2017 (UTC)

I didn't do it to alter spelling. I understand that you seem to be hopelessly obsessed with your british spelling, but I actually made the edit to improve the phrasing. Everyhting isn't about you and your version of english, WarBlade.

EDIT: In the case of the Kaneda's Laser edit, the change in spelling was because I deleted the entire run-on and re-wrote the sentence from scratch. So, it's only natural that I would write the words the way I learned them.
However, in cases where I see such alternative versions of words, I am more than happy to do my best to not alter them. If you do see me alter them, it was probably by accident, and I would implore you to take the time to actually fix the spelling yourself, rather than completely revert a potentially valid edit.

Retrieved from "https://borderlands.fandom.com/wiki/User_talk:Amorra?oldid=403581"
Community content is available under CC-BY-SA unless otherwise noted.