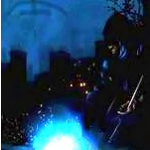 I now know that my game version is v.1.2 and I can only play with v.1.2 plus everyone on gameranger has either v.1.0 or v.1.4 so its impossible to play with anyone excepts friends.

Retrieved from "https://borderlands.fandom.com/wiki/User_talk:Abyss_Raider?oldid=295457"
Community content is available under CC-BY-SA unless otherwise noted.