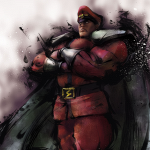 Welcome to Borderlands Wiki! Thanks for your edit to the Forum:Hammer vs crux? page. We hope you will continue to be a regular contributor, and will help us improve the wiki!

Contradictory statement. If America made Afghanis into terrorists, then they are indeed terorrists. Your words, not mine.GT: ConceitedJarrad XBOX360 02:49, August 11, 2010 (UTC)

Sorry if I offended you in any way   XXmedic01Xx

None taken medic, im used to it. Jarrard, im trying to say what you view as someone being a terrorist may be viewed in someone elses eyes as being revolutionary. If you actually listen closely, you will probably know that most of the terrorists come in from Suadi Arabia and Pakistan. Being a afghan my self, i know. Afghans are know for there fighting. There is a saying that Afghans are only at peace when at war. This may be true for many reasons, but we have had to fight for thousands of years to fight off invaders. Aghans actually hate the taliban because they are dumbass idiots that are from pakistan, pretending to be muslim when they probably dont know crap about islam, and come and take peoples' crap. I know you may not know because in america, they tend to keep thing like these on the down side to carry out the "plans".AFGHAN PSYCHO 20:30, August 11, 2010 (UTC)

No, I'm very well-read politically and I have a better understanding of the war in Afghanistan than most people in America. I was just pointing out that your statement was contradictory. At any rate, while most of the insurgents may come from neighboring countries, let's not pretend that there isn't any Afghani members of the Taliban or Al Qaeda, even if they're only in it for the money.GT: ConceitedJarrad XBOX360 20:38, August 11, 2010 (UTC)

Of coarse there are, exactly like how america indirectly funds al qaeda and the taliban. I just wanted to make sure you weren't another one of those ignorant americans that thought all afghans were terrosits.

P.S yes it is a contradictory statement, but it is a saying that what see of people in your eyes will be different than what other people see of those people in their eyes.AFGHAN PSYCHO 20:43, August 11, 2010 (UTC)

when the former CCCP was fighting in afghanistan afganis were "freedom fighters". when the USofA moved to fight in afghanistan the country was "rife with terrorist elements". see:media spin. -- the following statement is made to the world at large and should by no means be taken as a personal attack on any one editor/user -- learn to think critically of information given to you or 'shut up and follow the herd'. </rant> -

If I undertsand Dr F. correctly, and I think I do, He's saying that when the Cold War was still raging, America considered the Afghanis "freedom fighters" against the Soviet Union. Post September 11th, the country was said to be "rife with terrorist elements," because politics had changed, even though they were likely the same insurgent groups that were fighting the Soviet Union. And he's correct. In fact, America liked those guys so much back then that we were arming them with American technology. Google : Oliver North.GT: ConceitedJarrad XBOX360 22:02, August 11, 2010 (UTC)

sorry for the late reply. and i apologize for ruffling you feathers AP. what was it i said which you found unclear? unless you mean a lack of quotes, ill add with this edit. better now or b4?   Dr. F

I'm not entirely sure on the code for sigs, but you need to do three things for it to work.

1. Have a sig page with the actual code on it. ie User:AFGHAN PSYCHO/Sig

2. Have a page refering to the first. ie User:AFGHAN PSYCHO/Sig2

3. Put the template in the signature page under preferences and check the custom box.

If you want me to set up the pages for you, I'll do it. Just leave me a message and $10 million in unmarked bills... or just the first part...   Uberorb

Ok AP. Here's how you do this... Go to more in the top right and click on preferences. Enter the code below into the signature box and then check custom underneath it. Orb

Here are the links to your sig pages.

Also: Please leave your signature below when you do this, so I can check for errors. all you need to do is add three tidles ~~~

You would have to ask Nagy about that. I just have the basic design down. He knows about adding in stuff like that. last time I tried I forgot a </span> and it screwed everything up.   Uberorb

Alright, even though i could hace done it myself, I am a very lazy person, so your help was greatly appriciated. Thanks for letting me know though abour the scorpio turret.   AFGHAN PSYCHO Talk   21:22, August 11, 2010 (UTC)

the turret is of nagy's making. you may of course use it. however comma courtesy would prefer a request. -

where can i get a crimson nidhogg rocket launcher offline? —Preceding unsigned comment added by 152.26.7.66 (talk • contribs)

Retrieved from "https://borderlands.fandom.com/wiki/User_talk:AFGHAN_PSYCHO?oldid=156797"
Community content is available under CC-BY-SA unless otherwise noted.