So. Way back when I wrote a terrible poem about Sledge, the badass who drops the best gun in the history of the omniverse. I put it on my profile a year ago, and now, for no obtainable reason, I decided to put in blog form. Be sure to leave lots of comments on how sucky it is! That's the most important part. 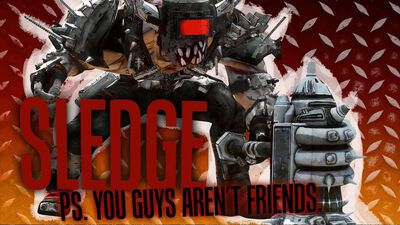 An ode to Sledge:

You went fucking nuts, I spilled your guts

Your hammer was big, you looked like a pig

You had half a brain, the other half insane

You stomped on Pandora's sands, you ruled the Badlands

Though you never wrote a will, your legend lives still

You weighed a ton, you were bigger than Jotun

Your life is done, but the ride was fun

My greatest prize I have won: your badass shotgun