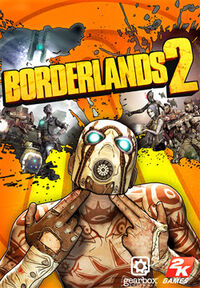 Borderlands 2, one of the most anticipated titles of the year, has finally released. By now I hope you all have had a chance to play it, if not finish it. After all the hype and build-up, how does the actual game deliver? How do the critics weigh in and, more importantly, do you agree? Check out our review round-up for some quick thoughts from around the web and let us know your own opinion on the game in the poll and comments below!

For a Borderlands fan, there will be few joys more pure in 2012 than taking those first steps back into the world of Pandora in Borderlands 2. After sinking more than 80 hours into the sequel with two different characters over the past week, I can confirm with confidence that this is the grand, loot-filled adventure you've been waiting for.

The result is Borderlands 2, an undeniable labor of love that aggressively takes aim at everything the first was not while simultaneously enhancing all the aspects that helped it catch on in the first place—but does it do enough to take the series to the next level?

From where I’m sitting, the answer is a resounding yes.

Everything that was great about the original Borderlands has been amplified and improved to make Borderlands 2 more focused, more satisfying, and utterly hilarious. Whether you're playing alone or with friends, the brash outlandish attitude will keep a smile on your face, and as soon as you're done, you'll want to instantly start another character and do it all again.

Perhaps it's best to just get this out in the open right away: Borderlands 2 is more Borderlands, and if you liked the first, it's extremely likely that you'll end up loving the second. It seems a pretty safe wager - after all, Borderlands 2 is essentially its predecessor in nearly every measurable way, just more full, like the same suitcase stuffed with twice the clothing.

The wacky world that Gearbox has built really shines in Borderlands 2. It doesn’t just work as a means to deliver funny lines of dialogue, though. Here is an established universe providing ample free rein to contrive silly gameplay mechanics that defy both first-person shooter and role-playing game conventions in way that has me convinced we’ll be seeing a lot more Borderlands in the future.

Borderlands 2 caters to a primal part of the brain, where violence is the answer to everything and fat loot is the worthwhile reward. Gearbox Software's second effort shows a more learned approach that doesn't languish, and sets a breakneck pace from the opening moments of the game.

A few relatively minor complaints aside, Borderlands 2 improves not only the narrative, but almost every major game system. If you’ve been itching for a reason to jump back into the world of Pandora, Borderlands 2 provides a more than ample supply.

Thought it was ok

No critic reviews have given Borderlands 2 middling reviews as of yet.

No critics have given Borderlands negative reviews as of yet.

Taking a break from Pandora? Let us know how your thoughts on Borderlands 2!

Retrieved from "https://borderlands.fandom.com/wiki/User_blog:JAlbor/Borderlands_2_Review_Roundup?oldid=242227"
Community content is available under CC-BY-SA unless otherwise noted.