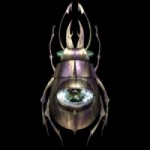 Despite my name I am not an actual 'troll' as it is recognized by the greater internet community. I'm just a smarmy, snarky power gamer with more than a little time on his hands.

I am a Roland Enthusiast, finding his class mods and skills to be the most useful in the game.

I've noticed that I can be slightly extremely territorial about articles I contribute to. I don't know if a lot of people undergo this sort of combative fixation phase or if it's just me. It's not a phase.

When I was an unregistered contributor, I found the majority of the Weapon pages to be little more than inconsistently made, semi-informative stubs. I fixed that. Thus, my more notable contributions are coincidentally my favorite pages on the wiki.

and the Submachine Gun page.

When making those pages, especially the "General Strategy" sections, I tried to avoid class-specific information. I dunno why, but I found it irritating that sort of info wasn't on the actual class page. Instead in my head I tried to form an imaginary class that couldn't take specific advantage of any one weapon. Given that I'm a skilled Soldier player, this wasn't horribly hard, as the Soldier class doesn't really do much of anything fancy with the Borderlands arsenal.

Recently I've also been revamping some of the enemy-related pages, namely:
Scythid

and Skag which is my one failure (if you could call it that) as without my hawk-like vigilance, it's gone back to being a really verbose stub directly as opposed to a useful one-stop for everything one might like to know about Skags and their various forms. Gonna have to fix that. Again.

My favorite of the favorite pages, though, is the Pandora page. Why? Because I literally wrote the history of our favorite deathtrap of a planet. So far, there's been nothing from Gearbox or 2k Games that indicates that I might be wrong, so I delude myself into thinking that I changed their minds and gave them something better. It's a warm, syrupy delusion. Yum-yum.

I've Made Some Drama by:

Accounting that I'm going to be revamping other enemy-related pages. Namely the Crimson Lance, Bandit, and Zombie pages. As predicted, WarBlade is against my mad scheme to fill the Borderland Wiki with reasonably lengthy pages with everything relevant and useful on them, and as predicted I don't care yet. Le sigh. He is a multilateral sort and I can't blame him(?) for that, but a wiki doesn't operate like that. Or, at least no successful wiki. More often than not, someone tries something, fills stuff out and actually does the leg work and then the community takes it over, deciding whether or not to revert, at which point the original author is free to disagree and then revert and that leads to an actual discussion about what's best for the wiki. And after that, the wiki turns out better. It is a convoluted, illogical dance but it works; you can't argue with the results.

Current Drama State: Affable
Much Needed Update:
I cannot fulfill my insane plans to make quality pages because of a distribution descion. I was, at one point, to annoyed and dispondent that I couldn't play the game and enjoy it at the same time. I think I'm actually suffering from feelings of betrayal, how weird is that? Anyway, with time spent not playing nd doing other things, other things have predictably been dominating my time.
I'm prepared to largely retire from the wiki, as I don't feel the need to keep on reading it. I may come back once and a while, make some minor/major/apocalyptic changes every once and a while, but otherwise remain removed. TrollofReason 21:06, November 19, 2010 (UTC)

Retrieved from "https://borderlands.fandom.com/wiki/User:TrollofReason?oldid=163671"
Community content is available under CC-BY-SA unless otherwise noted.