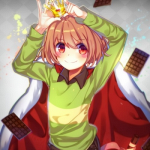 My Discord tag is Tora#3830, just so the rest of you that're on the Discord for the wiki know.

The format is: Weapon Type (My Favorite Manufacturers For This Weapon Type)

What I Like And Dislike About Each Manufacturer
Possibly Mildly Amusing Gun Stories
Retrieved from "https://borderlands.fandom.com/wiki/User:To4oo4?oldid=474541"
Community content is available under CC-BY-SA unless otherwise noted.