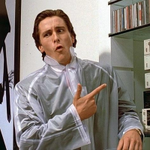 I've played many other games, am an avid retro gamer (NES-SNES era, although I did play a few games in the Atari period). Other then the occasional new title (especially the Guitar Hero games) I play the MMO Final Fantasy XI for a few hours a week.

I've been playing Borderlands for a few weeks now; love this game! If anyone has any suggestions at all, be it character builds, wiki editing, anything, feel free to post a note on my talk page. Having finished the game twice on my Soldier, I am now working on my Siren, and am about 1/3rd of the way through...

I like to hold on to the "special" guns with the flavor text, even if they're not so good. I am missing some, as I duo a lot, and we split the guns according to type. As I play through my other classes, I should get some of the other named weapons that I am missing...