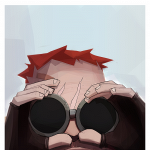 About Me: I originally started out at the Call of Duty wiki but with the colossal clusterfuck that was Modern Warfare 3, I stopped visiting. A hobby of mine is kicking dents in the doors of Chrysler 300s while yelling "THIS IS SPARTA!!" Any posts regarding item trading before 7/5/14 are null due to file corruption and having to wipe my PS3 to get it working again.

F is for Fire that burns down the whole town! U is for URANIUM...BOMBS!! N is for No survivors!!! Here in the deep bluesea!!
—Plankton

Retrieved from "https://borderlands.fandom.com/wiki/User:Dr._Feelgood?oldid=380748"
Community content is available under CC-BY-SA unless otherwise noted.