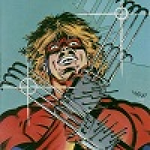 On PC, solo. My schedule is too funky for any sort of co-op other than one-off adventures. Also, I travel a lot to very high-latency parts of the world.

Run a few all-melee characters and you start noticing things.

Note that many of the melee skills User:Daemmerung/Daze their targets.

Retrieved from "https://borderlands.fandom.com/wiki/User:Daemmerung?oldid=218624"
Community content is available under CC-BY-SA unless otherwise noted.