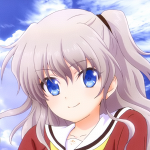 Hello, I am a major fan of the Borderlands series. It all started with the first game. I heard about it from a youtuber a few years ago, and knowing most of the games he played, assumed it was a PC exclusive. Until Christmas rolled around and I found out that I could get it for Xbox, which at the time was mostly used for Xbox exclusive games, like Halo. But I still bought it, and proceeded to no-life it as well XD. I managed to get both a Soilder and a Siren to 69. Like I usually do I got bored of the game after a while and moved on. Then one day a GameInformer Magazine came in and it was the Borderlands 2 edition. I was so happy at that time. I couldnt wait to see the new characters and how they played. Once all the characters were revealed, I decided to choose Zero because I was mislead by how awesome playing as him was going to be. I managed to get to 50 with him, but I was not a fan at all. Something about him was just.... not my playstyle. When I got DLCs for the game I decided to get a DLC character. Since literally ALL my friends were getting Krieg I decided to get Gaige. And as it turns out I loved her. To this day I have a 72 Mech who is also OP8. If you want my build (Which I have no idea WHY you would but...) here it is http://www.bl2skills.com/mechromancer.html#555050100000550000150551411150151000

Retrieved from "https://borderlands.fandom.com/wiki/User:A_Napalm_Panda?oldid=359826"
Community content is available under CC-BY-SA unless otherwise noted.