The Unassuming Docks of Potentially Little Importance is the starting area of Tiny Tina's Assault on Dragon Keep. This coastal port is first revealed as an idyllic paradise until a continuity error sees it promptly altered into a dreary and inhospitable port populated by hostile skeletons and other bestiary. Longboats pull up to the shore here and disgorge the occasional raiding party to waylay adventurers attempting to reach Flamerock Refuge.

The Flavor Cave is a cave with two tunnel entrances, both opening out into the Unrelatively Unvisited Shoreline. The cave is home to Spatula Khan, a hermit of culinary repute.

The Forlorn Ruins are a collection of old building foundations at the water's edge and remnants of walls that have long since crumbled away. A plate of crumpets can be found here during Post-Crumpocalyptic, and a dice chest by the plate, but otherwise the only other things of note are the skeletons in the area and a golem.

Hamlet of Swift Passing Through

Hamlet of Swift Passing Through is a small village in the center of the map where Mr. Boney Pants Guy and various skeletons rule. Two unassuming chests, two crumpets, and the Vault symbol can be found here. On the eastern edge there is transition point to the Flamerock Refuge.

Sandbar of Infrequent Walks lies to the east of the Hamlet of Swift Passing Through and is relatively empty save for occasional battles between skeletons and golems. There are two entrances to the Flavor Cave here and the Temple of Unwarranted Self-Importance at the far end. One unassuming chest and the Vault symbol can be found here.

The Temple of Unwarranted Self-Importance

The Temple of Unwarranted Self-Importance is a crumbling ruin populated with skeletons. Several spurs mark the remnants of old causeways or piers jutting out into the sea.

The Unrelatively Unvisited Shoreline is a stretch of shoreline between the entry point and the Hamlet of Swift Passing Through. Save for some skeletons, there is nothing else of importance here. 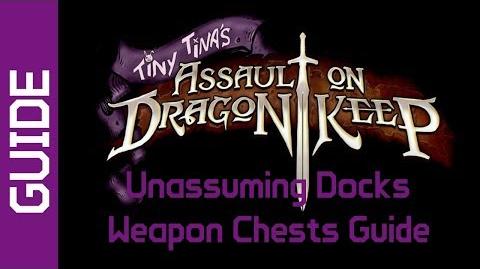 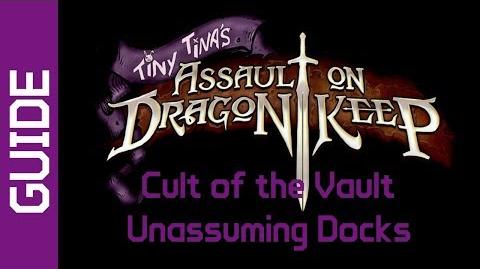