Torgue Arena is a large, round arena in Mr. Torgue's Campaign of Carnage. Sitting entirely inside the Badass Crater of Badassitude, the Torgue Arena is built on top of an ancient Eridian vault. The arena floor can be reconfigured to be a wide open expanse, or packed with obstacles for arena combatants to fight around.

A peripheral corridor is separated from the arena by a wire fence and leads to a number of storerooms, including two pits accessed by trapdoors in the floor. There are two hidden vault symbols in the corridor: one near the end of the corridor above some stacked boxes, and the second down in one of the pits. The last room cannot be opened despite being visible on the map. 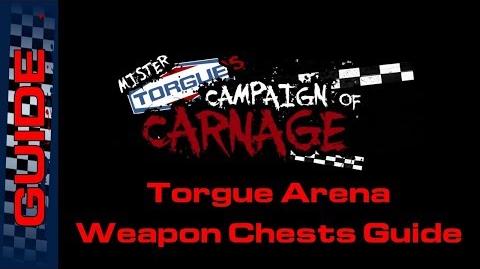 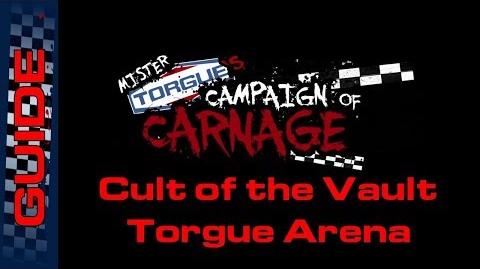 BL2 Torgue Arena Cult of the Vault Guide
Retrieved from "https://borderlands.fandom.com/wiki/Torgue_Arena?oldid=484163"
Community content is available under CC-BY-SA unless otherwise noted.