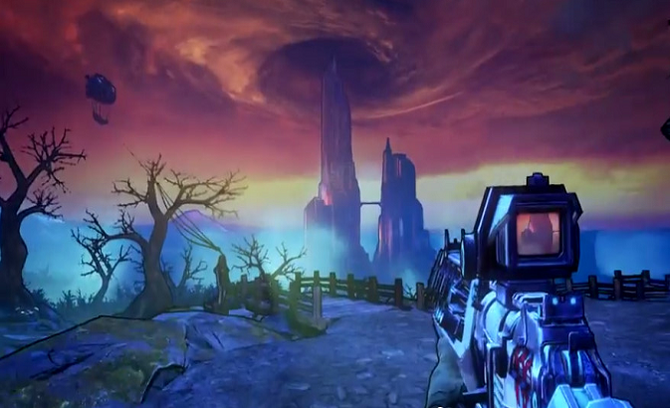 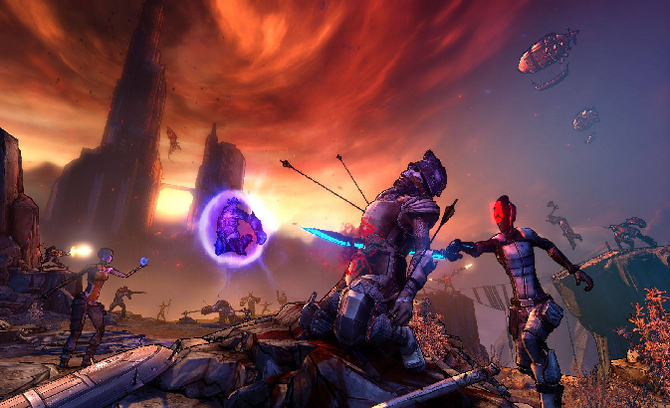 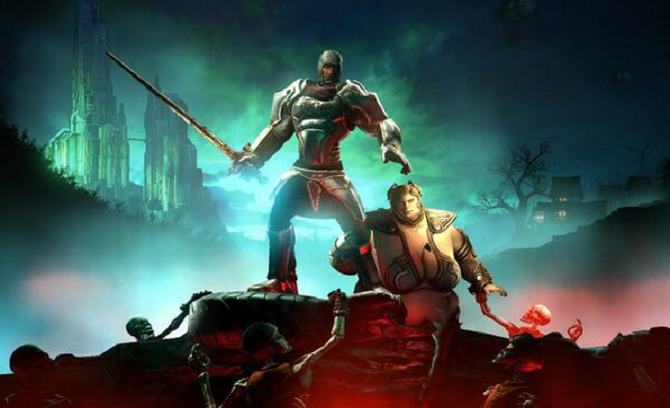 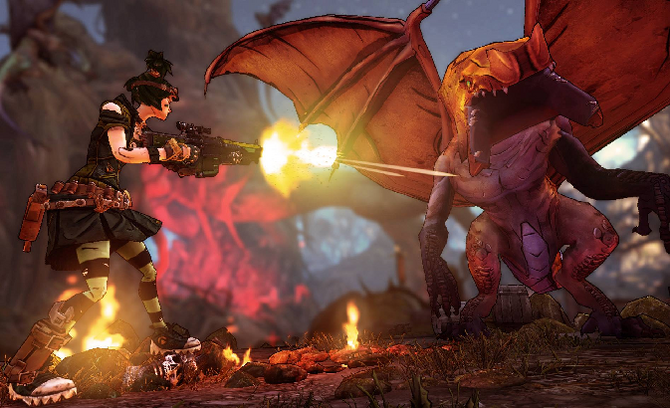 There was a place full of

you shall fight together!

And discover the secrets

Tiny Tina's Assault on Dragon Keep is the fourth campaign DLC of Borderlands 2. It was released on June 25th, 2013.

To start the DLC, go to the Unassuming Docks. The first time going there will prompt an intro video. The docks are only accessible through the Fast Travel network.

The level of the initial area is set when Unassuming Docks is first visited, but in Normal mode is at least 30 and at most 35. It is expected that the player has finished the main Borderlands 2 storyline before visiting, though that is not required.

Taking place after the event of Borderlands 2, Tina and the first group of Vault Hunters decide to play a game of Bunkers and Badasses, Pandora's equivalent to the tabletop game "Dungeons & Dragons". Tina serves as the "Bunker Master" and narrator of the DLC, and changes the world in dynamic ways as the story progresses, such as altering the appearance of locations and adding characters and bosses.

The plot involves the new Vault Hunters playing characters within the campaign, each responding to Tina's narration in their own way. Their quest is to rescue the queen from an evil sorcerer and restore peace and tranquility to the land. The journey to Dragon Keep ultimately has Tina coming to terms with Roland's death.

The DLC features a whole host of new enemies, locations, and a number of new items, including new guns, shields, fantasy-themed class mods, and spell-like grenade mods. Familiar faces from the base game also make a return, including Mr. Torgue and Ellie.

There is also a new system that classifies weapons by manufacturer, precious gem prefix, and color scheme. For example, certain Hyperion weapons appear white with a "Diamond" prefix, while Dahl items can appear green on color with an "Emerald" prefix.

A new type of chest, called a Dice Chest, will appear with two twenty-sided dice (D20s) on top. Opening the chest normally rolls one D20, and the amount shown on the roll will determine the rarity of the loot inside the chest (20 being the highest, 1 being the lowest). Spending 5 Eridium rolls both D20s with "advantage" (as it is called in the standard Dungeons and Dragons game), with the higher outcome from both rolls taken to determine loot rarity.

Vending machines have also been redesigned with a more fantasy-oriented aesthetic. Reskins of existing characters featuring renaissance-themed garb (Ellie and Moxxi in particular) and new dialogue for the Vault Hunters is also included.

Assault on Dragon Keep contains many new enemy types including:

There is also a new, rare type of purple rarity weapon available, informally known as Gemstone weapons due to each brand using a specific color scheme and prefix matching a known gem or stone; Hyperion weapons feature the Diamond prefix and are white, Tediore has the Cubic Zerconia prefix with a white and black color, Bandit has the Quartz prefix and pink colors, Dahl has the Emerald prefix and dark green, Vladof is Garnet and dark red, Jakobs is Citrine and has orange metal, Torgue is Rock and dark grey, and Maliwan is Aquamarine with various shades of grey, orange and blue.