It is the final but repeatable tier of "Twelve O'Clock High".

This mission has a timer of 5 minutes. Within this limit Vault Hunters must shoot Cargo Buzzards that fly overhead to make them drop Flyboy's bling. The buzzards do not have to be destroyed, but only damaged enough to drop their cargo. Escort Buzzards will fly around and protect the Cargo Buzzards during this time. All of the escorts have to be destroyed to complete the mission, but they will keep coming until twelve pieces of bling have been collected.

Critical hits on the cargo crates will cause the bling to fall. Automatic fire weapons are ideal for spamming such hits, and if an accurate assault rifle with corrosive damage can be found, it will also prove suitable for attacking the escorts without the need to switch weapons. 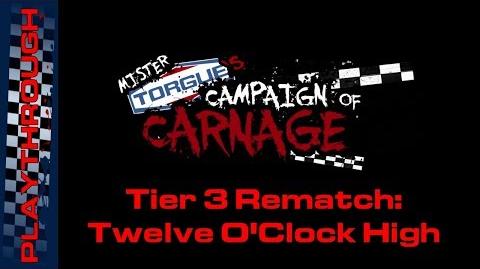