The Bunker
The Highlands
Terramorphous Peak

Thousand Cuts is an area in Borderlands 2. It is part of the Highlands region and consists of arable hill country, cut by a deep river gorge. A number of bridges connect various locations throughout the area, built by the Slab gang that has taken up residence there. Their base of operations is in the Buzzard Factory at the back of Slab Town. From there they overlook No Man's Land, a blasted battleground full of craters and various other wreckage from the warfare that frequently occurs there. Beyond No Man's Land a high spire of rock pierces the sky, supporting a Hyperion installation known locally as the "Bunker".

Bloody Knuckle Point is the forward position of the Slab's feud against Hyperion's base. It has a Mulciber Mk2 turret on an elevated platform. Bloody Knuckle Point is connected to another portion of land by a bridge. Overlooking the area is a tower that can only be scaled from the Buzzard Factory side via an elevator. An electric fence at the top is deactivated from a breaker concealed beneath the elevator, and an ECHO recorder is also hidden around a corner at the top.

The bridge forms the conduit between Slab Town and the Buzzard Factory. A small opening in the top allows access to its interior where a few lootable objects and an ECHO recorder can be found.

The Buzzard Factory is the home of the Slab King and the scene of the initiation ritual in The Once and Future Slab.

The Competitor Deterrence Field is a fortified gate barring entry to the Hyperion base in Thousand Cuts. The outer gate is blocked by an energy screen, occasionally described as a "death wall" to dissuade intruders from trying to breach it. Inside the gate is a road leading up the hill to the installation, and this is guarded by both robots and personnel to further supplement several turrets overlooking the road.

Hyperion maintains a moderately-sized loading facility on the road up to their bunker. A crane assists with loading heavy containers and this has even been co-opted for defensive use by concealing loaders in an elevated ambush position.

No Man's Land is the land between Bloody Knuckle Point and Hyperion's base in Thousand Cuts. It is filled with blast craters from the ongoing conflict, and is where a flower is photographed in the mission Poetic License.

Slab Town is a ramshackle bandit camp that forms the centre of the Thousand Cuts area. It is home to several missions, as well as being the access point to Terramorphous Peak. 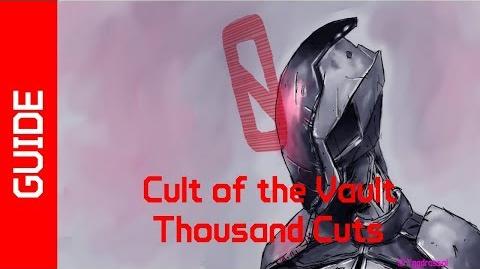 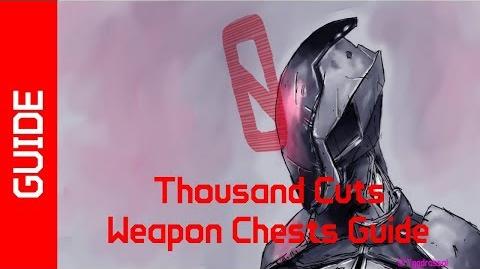