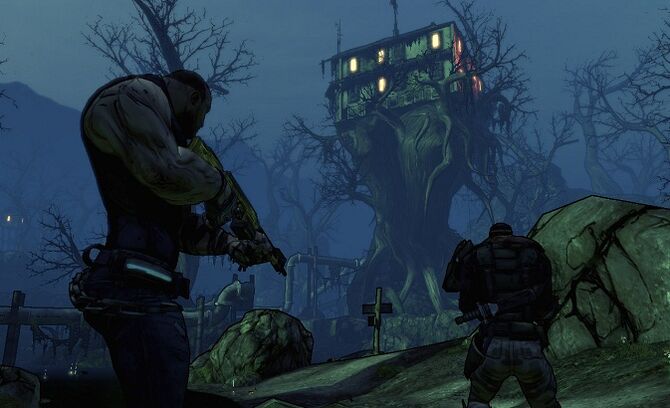 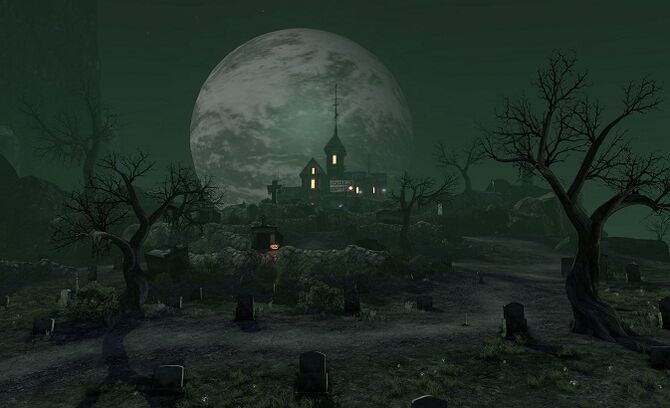 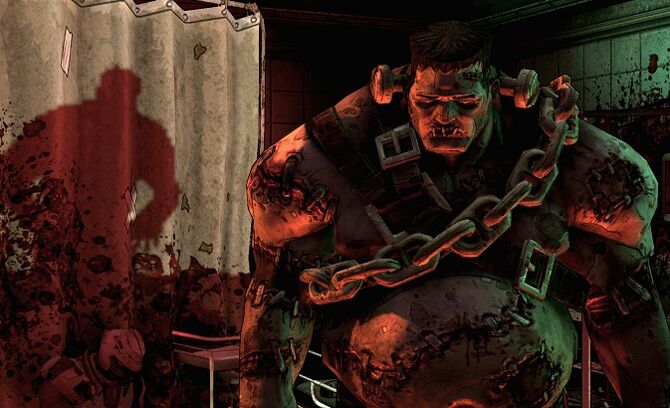 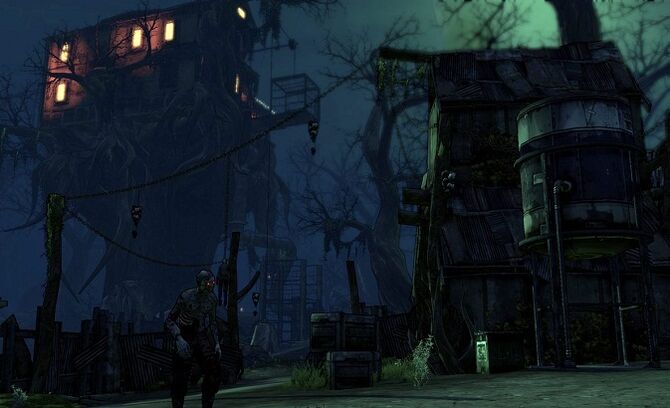 Some things do go bump in the night.

Challenge yourself against an army of the undead.

Zombie Island of Dr. Ned is the first in a series of downloadable content (DLC) add-ons for Borderlands, which was announced on October 15, 2009, and released November 24, 2009 on Xbox 360 and PlayStation 3. The PC version was released on December 9.

The Zombie Island of Dr. Ned begins with an introduction from Marcus Kincaid in the form of a story being told to a small child. The child interrupts him with questions, and drawings, as he tries to recite this tale. It can be speculated that Marcus is telling the story to the same person as in the introduction of Borderlands, but the child remained quiet in that earlier introduction.

Brave players who seek zombie carnage will be tasked with keeping the remaining workers of Jakobs Cove alive. Dr. Ned (who is totally not Dr. Zed in disguise) does his job a little too well, creating zombies and other abominations that now run rampant in this region. Players will have to work alongside Dr. Ned as they embark on a quest to cure the inhabitants of Jakobs Cove in this full-fledged expansion filled with new enemies, new quests and rare loot drops.

This DLC can be accessed using the Fast Travel system and heading for the starting location of Jakobs Cove. The mission Skags At The Gate must be completed before travelling to Jakobs Cove becomes available.

"The Zombie island of Dr. Ned is an add-on pack for Borderlands with new enemy types, new missions, new...surprises. The Jakobs Corporation would like to invite you to experience the splendor of a corporate owned small town known as Jakobs Cove. Any rumors you may have heard about the "undead" walking our streets are completely preposterous and we officially deny them all. If those rumors turn out to be true simply purchase a firearm from the conveniently located Jakobs Brand Vending Machines and aim for the head. Also, would you mind saving our employees? (Non-union only please)."