View source
watch 01:18
The Secret Armory of General Knoxx Launch Trailer
Do you like this video?
Play Sound 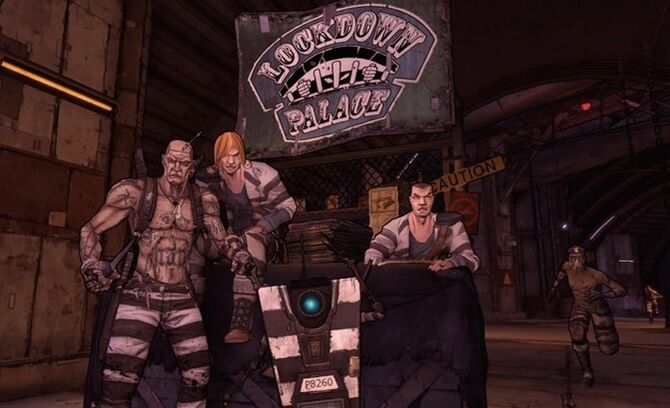 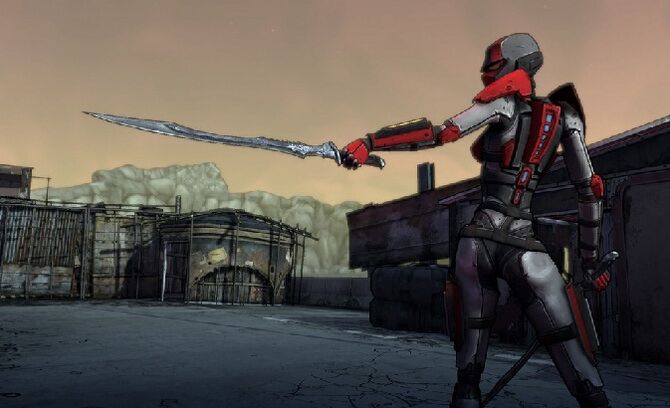 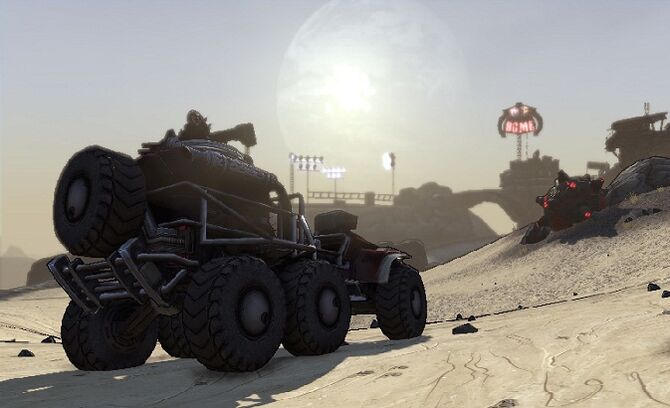 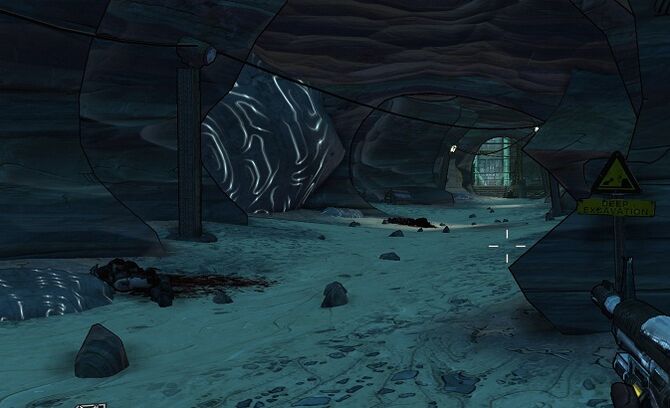 Can you find them?

Think you can take it?

The Secret Armory of General Knoxx is the third in the series of downloadable content packs for Borderlands.[1] Gearbox Software first announced it on January 21st, 2010, stating that it would be "the largest DLC for Borderlands to date" and would provide "new challenges and opportunities for growth for characters from around level 34 to level 50."[2] It was released for Xbox 360 on February 23rd and for PC and PS3 on February 25th.[3]

After uncovering the secrets of the Vault and the sudden death of Commandant Steele, The Crimson Lance led by General Knoxx launch a massive battalion to Pandora and control most of the Parched Fathoms, a region that once had massive oceans that dried up due to Pandora's sudden climate change and abandoned aged highways littering the area. The Vault Hunters travel to T-Bone Junction, an old highway rest stop, to stop whatever the Crimson Lance is planning. With the help from Scooter, they build a new vehicle called the Monster to use on the long highways.

Scooter tells the Vault Hunters that the Lance has set up roadblocks on both the north and southbound highways leading out of T-Bone Junction. They must reach Moxxi who is in the Deep Fathoms and they must first clear the roadblock in the Crimson Tollway to reach her. Finding her place on the top of a ruined highway, She shares her plans of another vehicle called the Racer, an upgraded faster version of the Runner that will help them through the roadblock on the Ridgeway, a large highway constructed through an open canyon. The Vault Hunter fight through a large group of Lance troops clearing and opening the route while also fighting through a tunnel to reach the Sunken Sea. They must use the Racer to jump an outcrop that secretly had a highway on-ramp leading to the prison called Lockdown Palace.

They find out that Athena was being held prisoner there and the prison leader Shank plans to sell her to the Lance in exchange for her bounty. After fighting through the prison, the Vault Hunters come across a psycho taking a shower. He warns them of Shank who shiv's him in the back for not calling him Mr. Shank. A fight begins with Shank using Athena teleportation device. After killing Shank, the Vault Hunters find Athena in the main prison block. A bandit is shown bringing food to her but drops it on the floor. After meeting Athena, she returns to T-Bone Junction and tells the Vault Hunters through Echo masking her voice with a advertisement for a male enhancement drug. After meeting with Athena, she tells them that the armory is code locked and tells the Vault to find an ECHO recorder.

Returning to the Ridgeway, they find a Echo recorder under the highway of the Hell's Highway outpost. They listen in to 2 Lance soldiers talking with one named Derick enjoying Rocky Road ice cream, while the other asked him if he can have the access code. Derick reveals that he leave the code at The World's Largest Bullet, a small attraction in the Sunken Sea with a large artillery shell. They return to Athena who has built a remote detonator that will destroy the armory. With the code and detonator in hand, the Vault Hunter's travel to Road's End, an area on the other side of the Deep Fathoms. They fight the Lance on the highway leading to the armory. They must use the side entrance as the main highway leading into the armory is locked. Entering the compound, they are introduced to General Knoxx who was just about to kill himself with several weapons. Instead of killing himself, he decides to fight the Vault Hunters. After killing General Knoxx, the Vault Hunters can now enter the armory. Using the code from the Echo (Blue, Yellow, Cyan, Orange) they get into the armory, set the timer and have 3 minutes to loot to their hearts desire.

This DLC can be accessed using the fast travel system and heading for the starting location of T-Bone Junction.

This is a list of features announced by Gearbox Software:[4] [5]

The three new vehicles are as follows:

The new areas are all located in the Parched Fathoms, a dried up lakebed home to T-Bone Junction as well as other areas.

Two roads lead out from T-Bone Junction: one to the Crimson Tollway, one to the Ridgeway.

The Xbox 360 achievement list was revealed, with the following achievements associated with The Secret Armory.[10] They are also the same for the PlayStation 3.

This is section of preview screenshots and videos, until they can be better integrated into their respective topics. 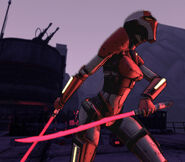 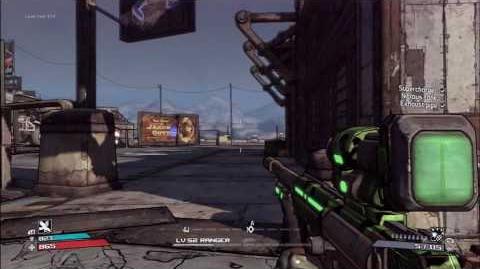 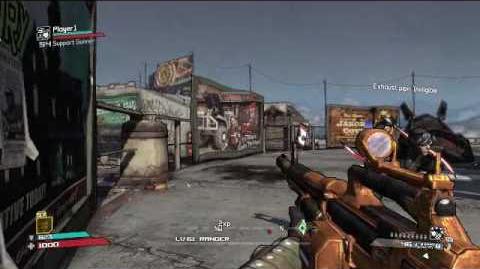 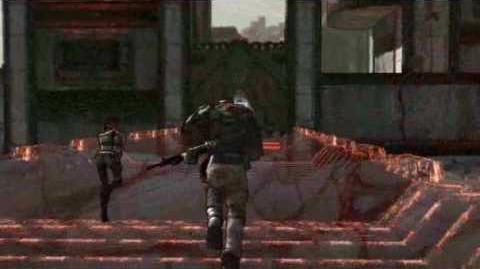 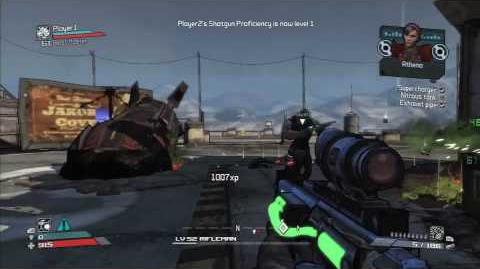 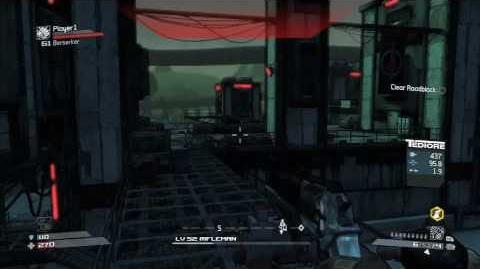