The Road to Sanctuary

The Road to Sanctuary is a story mission in Borderlands 2 given by Claptrap. The mission is performed in Three Horns - Divide and Sanctuary locations.

"Sanctuary. The last free city on Pandora. Within its walls, you will find Roland, the leader of the resistance against Handsome Jack. You'll also find safety, comfort, and at least a few people whose primary mode of communication isn't delivered through the barrel of a gun."

The mission begins in Three Horns - Divide on board Claptrap's ship. He will offer a long set of specifications for his welcome back party in Sanctuary. Angel will then make contact, stating that Pandora is a dangerous place, and Sanctuary is somewhat less so.

Angel encourages the use of a vehicle to reach Sanctuary, although once the nearest Catch-A-Ride station is reached it becomes apparent that it is non-functional because Scooter locked it to prevent the Bloodshots from using them to spawn Bandit Technical's. An adapter must be procured from a nearby Bloodshot camp.

With the adapter installed, the Catch-a-Ride proves to have been locked against the possibility of use by bandits. Angel then hacks the system, allowing it to digistruct a Runner, and this is then used to jump across a gap severing the road to Sanctuary.

Lt. Davis greets the new arrivals at the gates of Sanctuary, and patches them through to Roland. Roland requests that a power core be obtained that can power the city's shields, and sends the Vault Hunters back down the road to find Cpl. Reiss.

After obtaining clues to Reiss's whereabouts, he is discovered under attack by bandits. In his final moments, he tells that one of the Bloodshots has the power core. The next marker indicates the general location of these bandits, and an optional objective to kill 20 of them also appears on the HUD. Entering the area and staying to the left is the safest and quickest way to obtain the power core or clean out the area for loot.

After the core is retrieved, Davis will open the Sanctuary gate. The mission is then turned in to him just outside the city.

"The resistance lost a good man today. But I'm sure Reiss woulda been happy to know how quickly you wiped out those Bloodshots."

Main article: The Road to Sanctuary/Transcript 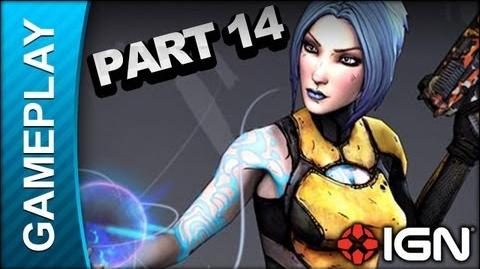 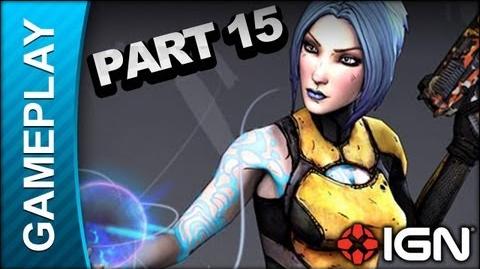 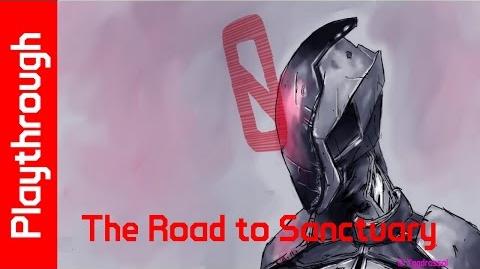 The Road to Sanctuary
Retrieved from "https://borderlands.fandom.com/wiki/The_Road_to_Sanctuary?oldid=472574"
Community content is available under CC-BY-SA unless otherwise noted.