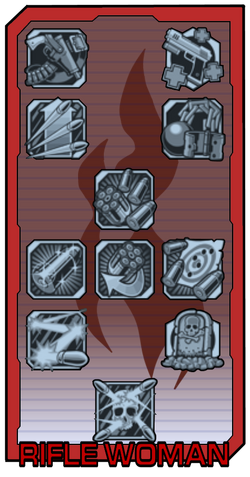 The Riflewoman is Nisha's third skill tree. This skill tree focuses on fast-firing, quick-reloading action, and is all about killing with provision and accuracy. Her other skill trees are Law & Order and Fan the Hammer.

Retrieved from "https://borderlands.fandom.com/wiki/The_Riflewoman?oldid=410623"
Community content is available under CC-BY-SA unless otherwise noted.