The Nexus is the central mission hub in Claptastic Voyage. It is depicted as an administrative office of sorts within Claptrap's head.

The Nexus is the first area of Claptrap's mind to feature Data Streams and Pop-Up Ads. There are messages strewn about the level which Claptrap has apparently written to himself: reminders, advice, and admonishments.

This is where the Vault Hunters find themselves upon arriving from Deck 13 1/2. It serves as a little atrium with some advertisements and Batch Files running around. There are a few vending machines as well, but the area is otherwise uninteresting. A set of Data Streams can be taken to Positive Terminal.

Described by the in-game signage as "Security Station (For Securing Things)," this is a small hub-like area where Claptrap's Consciousness is first encountered. The exit to Motherlessboard is here, behind a security checkpoint which is opened during the mission File Search. A passageway to the North leads to the main "The Nexus" area of the map, after an unnamed area where Bugs must be dealt with.

The Nexus is the main operations point of Claptrap's mind, and where the level's Fast Travel station is located. SYS_ADMIN towers over this area but largely ignores the Vault Hunters. There is a full set of vending machines here, as well as a Grinder. Batch Files will roam around, and the side mission providers 1D-TP, 3G0-TP, 5UP4-3G0-TP, and H0N3Y-P0T are found here as well. In the same general area is a trash heap referred to as the Recycling Bin, where Adbugs and SpyBugs will spawn.

This area also features several pedestals with holograms of other NPCs on top, like busts in a museum. Interacting with them all will complete the Achievement "Sociopathic Networker." The characters featured this way are: Roland, Brick, Davis Pickle, Janey Springs, and Lilith.

Introduced during the mission File Search, Quarantine is an area where dangerous processes can be contained inside Claptrap's mind. The notable feature is a rotating black cube in the middle, containing M4D-TP and, as the Vault Hunters later discover, 5H4D0W-TP. After the mission The Psychology of a Claptrap has been turned in, the exit to Subconscious is through the floor, below where the Quarantine Cube used to be. 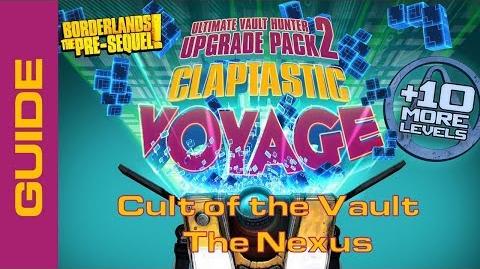 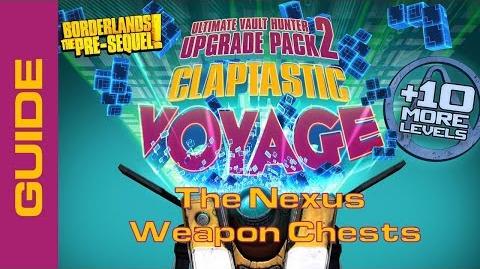