Where Angels Fear To Tread

The Man Who Would Be Jack is a story mission in Borderlands 2 given by Roland. The mission is performed, starting at Sanctuary and continuing in The Highlands and Opportunity locations.

"To stop Jack from awakening the Warrior, you will need to shut down the Guardian Angel. Control Core Angel is defended by three major obstacles two of which you have already planned for.
The final obstacle to Angel's lair is a door that will only open for Handsome Jack. Roland's got no idea how to get past this door, unfortunately."

It is generally a good idea to get some powerful corrosive weaponry, as there are many loaders in Opportunity. Jack's Body Double has a relatively strong shield, so shock weapons can be helpful as well.

The body double is wandering a lower-level fountain plaza near Opportunity Square, and is remarkably oblivious; he will not react to any combat occurring around him (including bullet impacts only a few feet away from him) unless he actually takes damage or a Vault Hunter runs into his line of sight. Snipers may wish to hang back and pick off any engineers and loaders in the area before attempting to assassinate the double. When he is finally triggered, Jack's Body Double will try to make a run to the nearby base (close to the nearest info kiosk). If he succeeds, he will occasionally launch a flare of a Hyperion logo to the sky, summoning reinforcements and prolonging the fight. The double has Badass-level health and a shield of nearly matching durability but is otherwise an unremarkable opponent.

When the body double is killed, a pocketwatch is dropped. Angel will then request some audio samples from kiosks scattered around the city. They are marked on the minimap, and all that needs to be done is to press the button. Once all the samples have been collected, the data can be uploaded to Angel.

The upload station entrance can be hard to find. It is located to the southwest of its marked location - approach East from Waterfront District or South from Hyperion Office Complex. The room with the upload station in it is located in a downstairs corridor. When nearing the correct door, a HOT Loader or a pair of Hyperion Snipers will open the door and walk out. The upload station console is inside on the right.

"With the pocketwatch in hand, Brick's buzzards on your side, and an upgraded Claptrap back in Sanctuary, you are now ready to storm Control Core Angel and get the Vault Key.

Main article: The Man Who Would Be Jack/Transcript 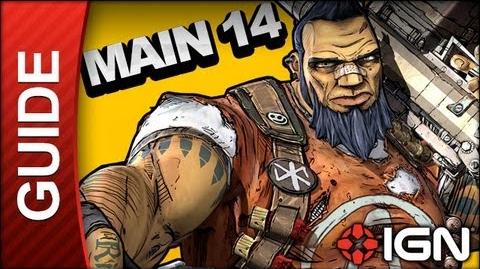 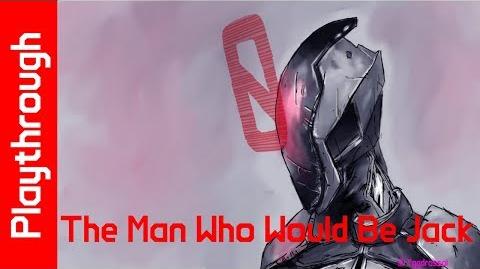 The Man Who Would Be Jack
Retrieved from "https://borderlands.fandom.com/wiki/The_Man_Who_Would_Be_Jack?oldid=473886"
Community content is available under CC-BY-SA unless otherwise noted.