The Leviathan's Lair is an area in Captain Scarlett and Her Pirate's Booty DLC in Borderlands 2. Here takes place the final story mission of DLC. It is consists of two main areas and a small entry zone equipped with several vending machines.

Chamber of The Lost Treasure

The hidden chamber, and the treasure it holds is only accessible while either one of the access missions is active, and even then it can only be visited once. To reach it, adventurers must first kill the Leviathan and drop down onto its left flipper, which forms a bridge to the treasure chamber. An iris gate typically blocks the path to the treasure and will close again if people leave the area, even without turning in the mission.

Lair of The Leviathan

The main 'arena' is a wide cliff ledge with a few ammunition chests scattered around its periphery. Several different kinds of Sand Worms live in the ground, and the Leviathan itself makes its home in the vast cavern beyond the edge. A small tunnel network opening out onto the ledge provides vending machines, although these are initially sealed off by a metal gate. They can be accessed before fighting the Leviathan by closing out of the game and re-entering the area from the Oasis connection. 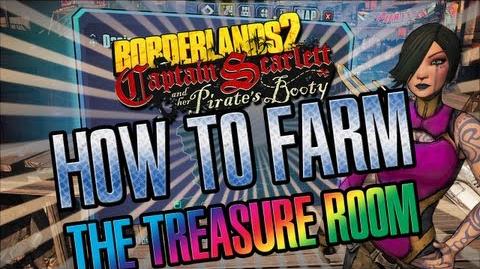 Borderlands 2 How to farm the Treasure Room 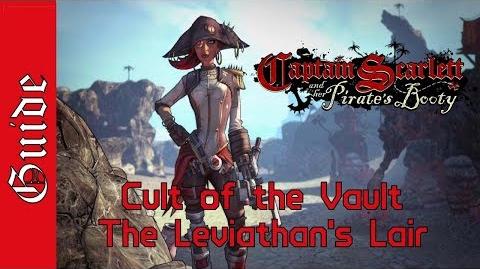 BL2 The Leviathan's Lair Cult of the Vault Guide