The Holodome is an area in The Holodome Onslaught access to which opens after the purchase of the DLC. H010-TP, a holographic Claptrap unit, tasks the Vault Hunters with completing five missions of wave-based combat. Each mission consists of killing several waves of Lost Legion and Guardians, with the enemies becoming progressively more difficult with each new mission level. After completing the fifth mission, a repeatable "Badass Round" becomes available. 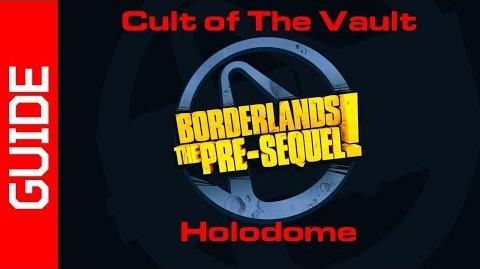