The Fridge
The Highlands

The Highlands - Outwash is an area in Borderlands 2. Adjoining the lower reaches of the Bloodshot Dam, the Outwash region is a green and thriving hill country. Hyperion maintains a strong grip on the area, easily surpassing the natural wildlife in territorial control.

The Extraction plant is a Hyperion facility divided by a watercourse that empties into a wide artificial lake. A high wall further divides the facility, and this is penetrated by a very limited number of gates. The personnel and robots stationed here are predominantly from the lower echelons of the Hyperion ranks, although an occasional constructor can add additional elements of risk. 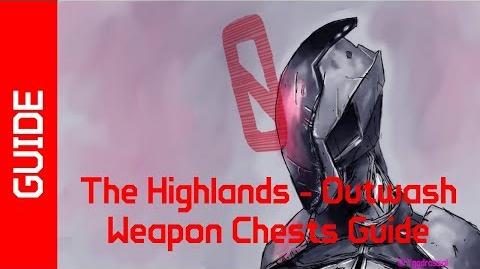