The Fridge is an area in Borderlands 2. It is a large glacial cavern that is patrolled by various rats and is home to many crystalisks and some aggressive rakk, as well as a few stalkers.

Frigid Cleft is a rat outpost consisting of an old bridge and an overpass building. Also, a fleet of rakk fly overhead in the area and may attack Vault Hunters and the rats alike.

Icemaw Grotto is a cave dug into the ice which is inhabited by crystalisks coming out of the frozen river.

The home of Rakkman. This area is elevated well above the floor of Frigid Cleft near the Outwash gate. It can be accessed by fighting through the Rat Maze and has a Dahl red weapon chest near the edge.

Stalker Hollow is a cave filled with stalkers.

The Crystal Claw Pit is a large open area at the end of the Rat Maze. As with the rest of The Fridge, the area contains a large amount of Rats that come from various hatches in the floor. On the western side of the room is a red Dahl chest, and the frozen form of Smash-Head, who is fought during the side-mission Note for Self-Person.

Just past the pit is a locked door, and a hallway which leads to the Rakkcave. The locked room can only be entered  after going to the side and shooting the frozen checkpoint through the only unobstructed window, and dying as to respawn inside. The room contains a single white chest, various frozen statues, and a frozen Rat, which completes the challenge Trapped Rat upon destruction. 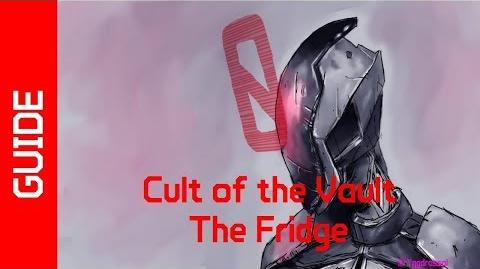 BL2 The Fridge Cult of the Vault Guide 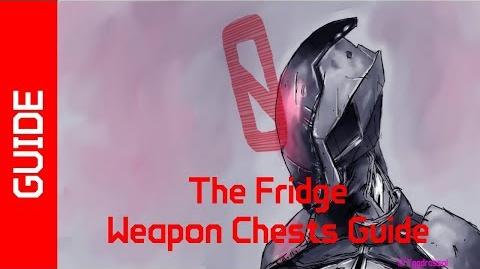