The Dust is an area in Borderlands 2.

Boot Hill is a hill at the end of Bug Gulch. It has a church on top and an adjoining cemetery. It is possible to reach Boot Hill without having to fight all of the enemies in Bug Gulch by going up the slope to the left of the main path at the entrance of Bug Gulch and hugging the cliff wall until the cemetery is reached.

Bug Gulch is an arid region inhabited by spiderants. The point of entry is behind Ellie's Garage, although there is little of interest until near the end of the area when it loops around to rejoin the main portion of the Dust. At this point the access road branches with a pair of old houses down one path and Boot Hill up the other. It is at this junction that the The Black Queen can be found.

The residence of Ellie and Loggins, Ellie's Garage boasts a Med Vendor, an Ammo Dump, a Catch-A-Ride, and there is also a Fast Travel just outside.

The Goose's Roost is a bandit camp surrounding the remnants of an old buzzard academy. The area can only be reached by jumping a vehicle into it using one of the long, angled rock spires prevalent in the Dust. It is protected by various bandits and buzzards. There are 3 chests and a Vault Symbol present.

The Hodunk Speedway is a speedway circuit complete with a bridge in part of its twisting track. The service area is cluttered with various trailers and caravans, and is home to the Hodunk clan. This area contains a chest and a Vault Symbol.

This area is a small camp just south of the Dahlwell Oasis. It contains a Vault Symbol and a Chest. Also, an ECHO recorder regarding the Clan War between the Hodunks and Zafords is found at the entrance to the camp.

This area holds McNally, an enemy from the mission The Bane. It also holds a chest.

This barren area contains various dilapidated shacks, several of which provide a home to bandits. There are also Bandit Technicals that patrol this area, making it hazardous for pedestrians if the nearby spiderants aren't threatening enough. There is even a Slot Machine in one of the half-buried shacks here.

The following missions take place partially or entirely within The Dust area: 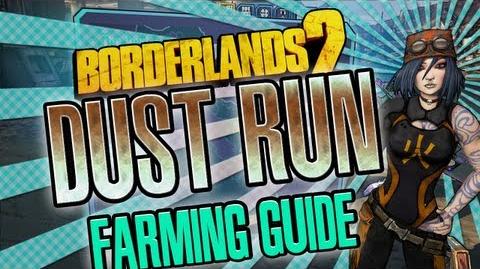 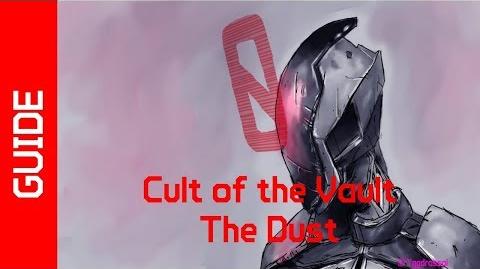 BL2 The Dust Cult of the Vault Guide 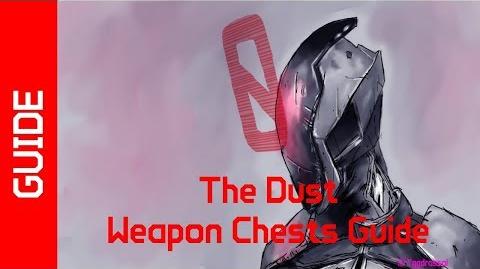