For the vehicle in Borderlands 2, see Bandit Technical.

The Technical is a type of drivable vehicle in Borderlands 3. It is a four-wheeled truck with seats for a driver, turret gunner, and two passengers by default.

The Technical is a heavy-duty truck cobbled together by the Children of the Vault. They are digistructed at Catch-a-Ride terminals throughout Pandora and other worlds, and provide versatile overland transportation. After the Outrunner, it is the second vehicle that characters can unlock in Borderlands 3. It can be either jacked from bandits and delivered to a Catch-A-Ride. If not obtained that way, the Technical can be unlocked after delivering the Biofuel Rig the mission Taking Flight.

Technicals can transport up to four people: one driver, one gunner, and two passengers. If it has a booster attachment, its seating capacity is reduced to just the driver and gunner.

Although they are slower than Outrunners and Cyclones, they are more durable and can mount more powerful weaponry.

Enemies are also known to drive customized versions of the Technical, and they can be found in the open areas of Pandora, the swamps of Eden-6, the streets and sewers of Promethea, and the dried seabed of Desolation's Edge on Nekrotafeyo.

When being driven alone, the player can fire the front weapon (R2, right trigger, left mouse) as well as the turret (L2, left trigger, right mouse). However, manning the turret seat provides the turret weapon with greater accuracy, which is reflected in tighter crosshairs, compared to using the turret from the driver's seat. A single player can press a button to switch between the driver and gunner seats, or two players can switch, one using the switch key and the other keying to confirm the switch.

Apart from regular Technical, characters may run across other variants of this vehicle, differing in armor, paint job, armament, and special equipment: 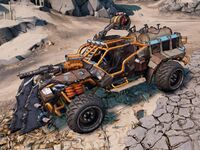 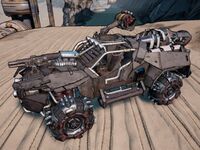 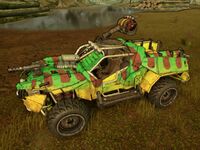 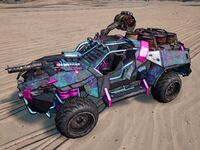 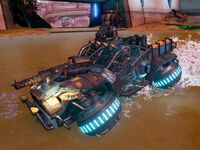 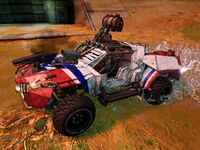 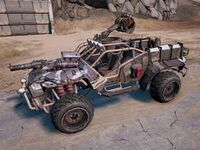 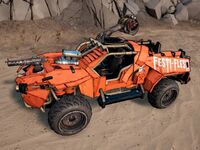 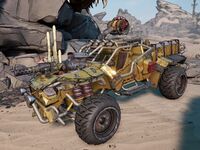 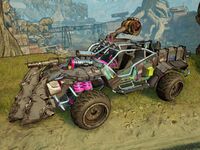 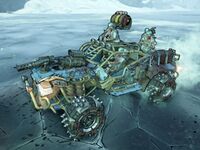 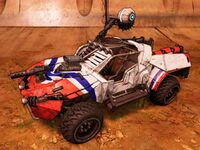 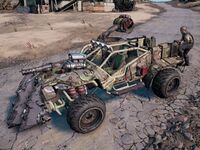 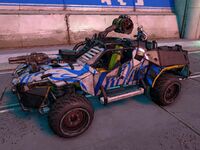 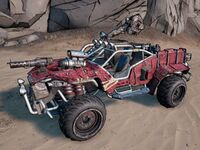 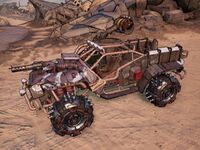 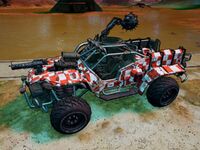 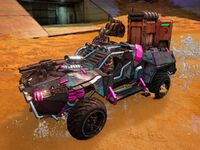 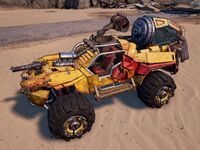 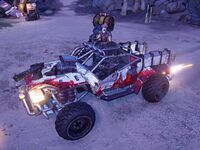