Borderlands Wiki
Register
Don't have an account?
Sign In
Advertisement
in: The Secret Armory of General Knoxx locations
English

Sunken Sea is an area in The Secret Armory of General Knoxx, in the northernmost reaches of the explorable area. Much of the area is an expanse of dust, littered with Lance Mines. Several derelict highway roads offer safe routes to travel and there are a number of hidden areas to explore. The outline of this area seems to shows this area to be an small type of island as the area is elevated far above the ocean floor. Access to Lockdown Palace requires the used of the racer to jump an outcropped rock formation which has a highway on-ramp conveniently placed on the outcrop. Several section of highway can be seen next to Lockdown Palace set horizontally. A very small section of highway that was possibly connected to the highway next to the prison can be used as a ramp to exit the prison grounds. This area has a high concentration of Drifters and bandits. The music played in this area is called The Junkyard Vista when visiting Rust Commons West in the original gameplay. Bandits have a large camp set on and under a ruined highway in the middle of the map. 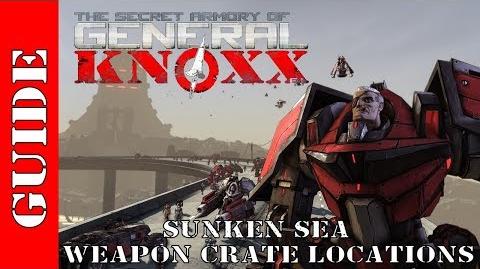