Statuesque is an optional mission in Borderlands 2.

After picking up the mission from the Opportunity Bounty Board, Claptrap says to go forth into the city and destroy all likenesses of Handsome Jack. A mission marker will then point to the closest statue. Shooting it a couple of times will reveal that the statues are actually bulletproof, so Claptrap then updates the plan with the objective to locate an inactive constructor.

The constructor, nicknamed the Overseer, can be found in an open garage within the Orbital Delivery Zone. Activating a panel on the side will cause it to activate, and head towards the first statue.

The remainder of the mission is spent guiding the Overseer through the city and protecting it while it uses its lasers to dismantle Jack's statues. There are four statues to be destroyed in total, and each statue will be guarded by more Hyperion forces.

If the Overseer's health drops below 50%, a transfusion grenade or Maya's Restoration skill can be used to heal it. If it is healed above 50%, the objective will remain completed even if the Overseer takes further damage.

Once all four have been destroyed, the Overseer will make its way to the western exit of Opportunity. Finally, Claptrap will issue an order to make the Overseer dance, which causes it to do so briefly before exploding. The mission can then be turned in to Claptrap.

"No revolution is complete until you've destroyed a few statues of a fascist dictator."

Each character receives a class-specific head as well as experience. 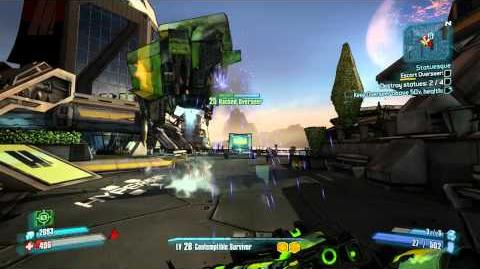 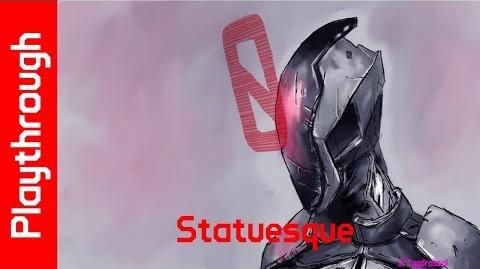