For other uses, see Stalker. 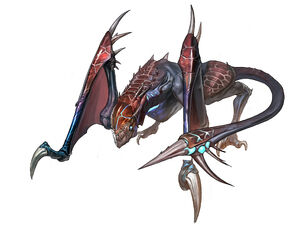 The Stalker is a creature introduced in Borderlands 2. It has a stealth ability that prevents it from being seen by the naked eye, made possible due to a special organ all stalkers have known as the Sachs' organ. This organ, located within the vestigial wings of the creature, stores an electrical charge generated by solar plates on the creature's back that convert sunlight into electrical energy. While hunting or hiding, this organ is used to generate an electrical field, allowing it to blend into its surroundings and disappear (also known as "cloaking"). When the stored energy is depleted or the electrical field is destroyed, their stealth ability is disabled.

Stalkers vanish when they detect prey nearby, then proceed to creep up on their victim. Only when they are close enough to pounce do they reveal themselves, and then they will leap and try to slash at their prey. Their weak shields can be quickly depleted by shock damage, which strips their concealment capabilities until it regenerates, making them very easy targets. Different varieties of stalker attack in different ways - Needle Stalkers prefer to hang back and fling spines from their tails, Spring Stalkers jump in and out of melee range, and Ambush Stalkers tend to pounce into melee and stay there until and unless their shields are depleted. Most stalkers become far more cautious once their shields are down; they will let out a distinctive roar, and then back off to recharge.

It is advisable to find a chokepoint in the terrain for fighting stalkers, as this will reduce their rapid movement, and make them easier to target. Longbow tesla grenades are useful for removing stalkers' shields, and after that, an incendiary weapon with a wide spread pattern, such as the Sand Hawk, Veruc, or Sawbar, will simplify killing them. 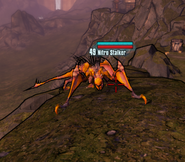 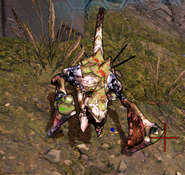 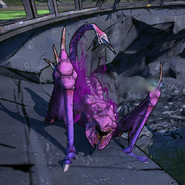 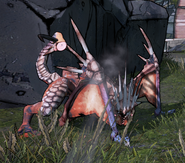 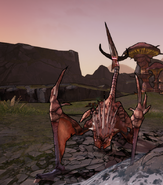 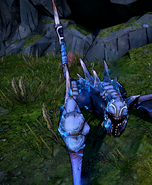 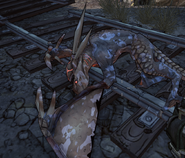