Optional mission
Splinter Group is an optional mission in Borderlands 2 given by Patricia Tannis. It becomes available after A Dam Fine Rescue is complete.

"Patricia Tannis has hired you to find and kill four dangerous, mutated escapees from Wildlife Exploitation Preserve. They're hiding in Bloodshot Stronghold, but be careful; they are well-armed, and color-coordinated. First, you'll need to pick up some pizza from Moxxi's bar -- evidently, these creatures love pizza."

The mission is started by talking to Tannis, who speaks of a group of bandits who became mutated. The first step in the mission is to retrieve the pizza from Moxxi's Bar. Once obtained, the pizza is then taken to Bloodshot Stronghold. After two rooms is a room with two bridges and a short drop down into some water channels around the edges. One of these channels meets with a sewer tunnel leading away from the chamber, and this opens out into several rooms populated with Rats. The walk through the sewers ends at an intercom, which can be activated to get buzzed in. The pizza is then left on a table in the centre of a room, and once it is placed the Splinter Group will spawn.

The Splinter group will initially arrive one by one and will attempt to flee if hurt by approximately 50% of their maximum health. It is possible to kill the individual rats before they are able to leave. When Mick has been sufficiently weakened, all remaining rats will appear at the same time. Players attempting the challenge Cut 'Em No Slack may wish to avoid dealing too much damage too quickly to avoid killing the group out of order.

The room after the area the Splinter Group is fought in has various levers and switches in addition to a panel with 5 red lights. There are four switches: a pipe valve, a ground lever, a wall switch and a television. Each switch changes the light from red to green and the lights changed alternates with each use, see below:

There are discrepancies between reports on how to summon Flinter. Different settings might be possible between consoles or individual games.

And the Ground Lever
Add a photo to this gallery

Once the five lights are green, Flinter will spawn. 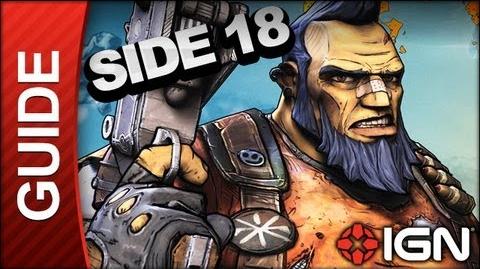 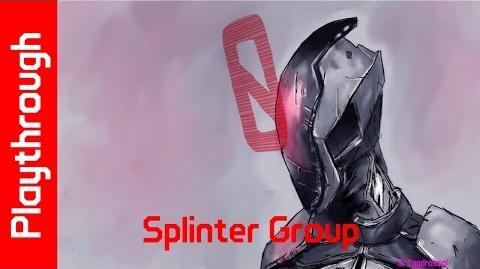