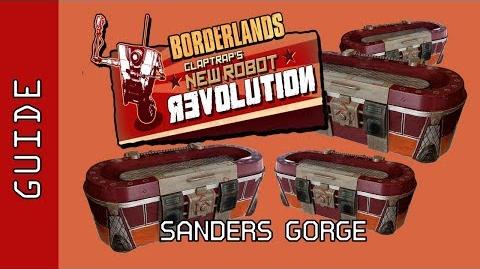 The significant feature of Sanders Gorge is its power station. This installation is closed off from the rest of the cave system behind some heavy security gates and contains an expansive circular cavern and a small control room. Defeating General Knoxx-Trap in the cavern grants access to the control room and a high number of lootable objects.

Below is a complete map of Sanders Gorge cave system. The paths marked by blue lights, orange torches, and green lights are denoted by bold lines of corresponding colors on the map. 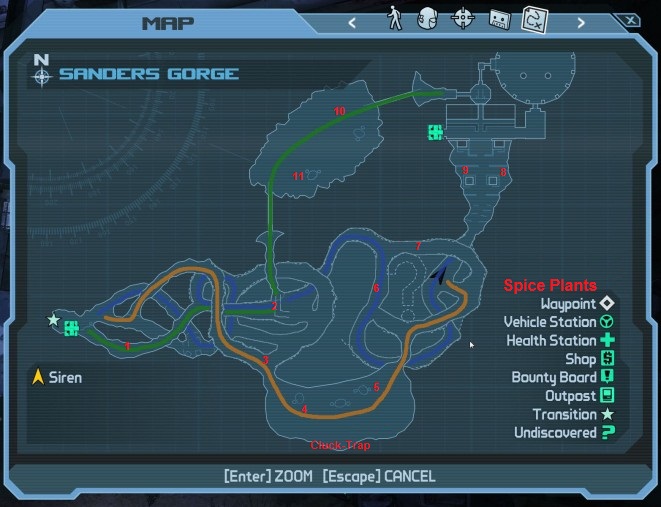 Retrieved from "https://borderlands.fandom.com/wiki/Sanders_Gorge?oldid=430010"
Community content is available under CC-BY-SA unless otherwise noted.