After the mission is accepted, Marcus will offer a slag pistol. It should take the place of the corrosive pistol from the previous mission, and is used to shoot the shoplifter that was just brought out into the firing range. Once the shoplifter is slagged he must be shot with another weapon.

Shooting the shoplifter with a second weapon must be done after Marcus has finished his explanation and before the slag effect wears off. If the target is shot prematurely, the objective simply fails to update. If the slag effect wears off before the target is shot again, he will need to be re-slagged and shot again. On console versions of the game, it does not matter if the shoplifter is slagged as long as he was first hit with the slag pistol, and then a different gun.

The shoplifter can be killed, but Marcus will bring in another shoplifter if the character killed him without slagging him first.

"On the upside: the elemental weapons work. On the downside: Marcus's moral compass does not." 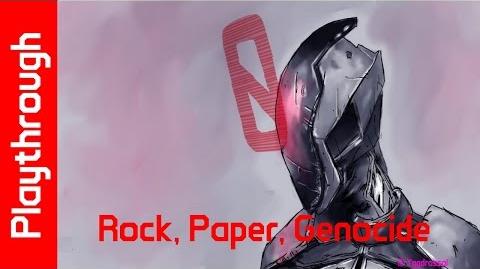